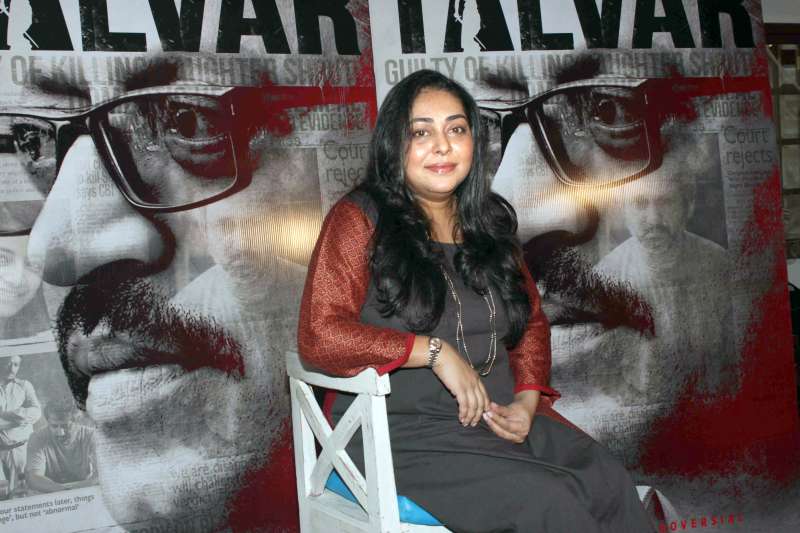 In 2002, when experimental cinema was not as welcome as it is today, Meghna Gulzar dared to be different with “Filhaal…”, a film on surrogacy. The filmmaker is only glad she is “ahead of time” with her creativity.

” ‘Filhaal…’, even though it was appreciated, didn’t do very well commercially. Back then, people had said, and even continue to say, that had ‘Filhaal…’ been released now, it would have made more sense.

“Yes, it was ahead of its time. But I am fine with that. I would rather be that than be outdated,” Meghna, the daughter of celebrated writer Gulzar and veteran actress Rakhee, said.

It is streaks of her father’s filmography as a director — works like “Koshish”, which was on a deaf-and-mute couple; “Achanak” inspired by the crime of passion that was the K.M. Nanavati case; and “Libaas”, a film on extra-marital affairs which remains unreleased in India till date — that find reflection in the works of Meghna. She says her basic “attempt is always to do something relevant and contemporary”.

“Sometimes it will work, sometimes it won’t work…but that is what creativity is about,” added the director, who admits that “much better kind of films are being made today, making it a great time for Indian cinema”.

On the relevance of films, Meghna’s forthcoming film “Talvar” — a retelling of three investigation theories behind the Aarushi Talwar-Hemraj murder case — comes at an apt time when the Sheena Bora murder case has been keeping people at the edge of their seats.

She couldn’t agree more, and averred that “cinema has been reflecting society since before”, and it continues to be so.

“When farmers’ plight was an issue, when labourers had problems, we had ‘Do Bigha Zameen’…when the industrial and middle workers’ problems were an issue, we had films and characters based on that. Right now we are making films on parents killing children because that is what is happening in society,” said the 41-year-old, who is a mother herself.

Nevertheless, she pointed out: “I am not saying everyone is conscientious… some maybe climbing the bandwagon for the controversy or the scandal. But having said that, I don’t think it’s like that across the board.”

Citing relevant examples to back her point, Meghna, who assisted her writer-filmmaker father for movies like “Maachis” and “Hu Tu Tu”, said: “When ‘Bandit Queen’ was made, it was not because of the scandal, it was because the maker felt the story needed to be told. When ‘Maachis’ and ‘Border’ were made, these were stories that needed to be told.

“It’s not the intent of making films on real events which is scandalous, it is when the incident itself is scandalous that the film becomes scandalous.”

As far as “Talvar” is concerned, it delves on the sensational killing of 14-year-old Aarushi and her family’s 45-year-old servant Hemraj Banjade — a case in which Aarushi’s parents were convicted in November 2013 and sentenced to life imprisonment.

The film, starring powerhouse performers such as Irrfan Khan, Tabu and Konkona Sen Sharma, opened to a rousing response at the Toronto International Film Festival (TIFF) earlier this month — setting the expectations high among Indian audiences, who will be able to watch it on screens on October 2.