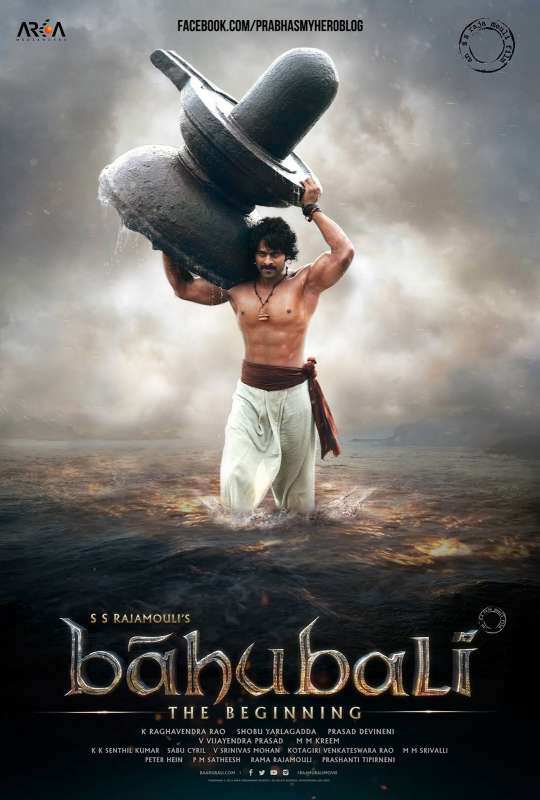 The phenomenal success of S.S, Rajamouli’s “Baahubali”, which has emerged as India’s biggest blockbuster, has made its lead actor Prabhas realise something very important — that the success of any film should be attributed to its team and not to the star.

“This success has taught me that a star alone can’t be credited for a film’s success, which is usually achieved by a team. No star is bigger than the success of a film,” Prabhas said.

The success of “Baahubali”, according to the 35-year-old actor, belongs to every last member of the team who worked tirelessly to ensure a smooth release.

“Firstly, it’s not easy to make a film on such a grand scale. The bigger challenge nowadays is to take a film to the theatres. In our case, we didn’t face any difficulty in releasing, which was only possible because of meticulous planning and team work,” he said.

Despite appreciations pouring in from all quarters for his performance, Prabhas doesn’t consider himself a national star yet.

“It felt nice when stars like Ranbir Kapoor and Shah Rukh Khan appreciated my performance. Rajinikanth sir called and congratulated me. Such things have never happened before. I’m glad I’m popular, people recognise wherever I go, but it’s too early to be called a national star,” he said.

Released in multiple languages, the film earned over Rs.600 crore at the ticket window and even successfully completed 100 days of run in select theatres in the country last week.

Although Prabhas admits they wanted the film to succeed, he says they never anticipated this kind of response.

“When a film of this scale is made, you want it to be a blockbuster because mere success won’t help the producers recover money. What surprised us the most was that the film did extremely well in Tamil, Hindi and Malayalam too,” said Prabhas, who’d like to thank Rajamouli the most for this success.

“If Rajamouli is the brain and heart of ‘Baahubali’, the producers are its skeleton, holding everything together and the fans are the blood. Rajamouli deserves all the laurels, but he’s so modest that he diverts all of it towards his team,” he said.

“Baahubali” is now gearing up for its television premiere this week in Telugu and Hindi.

“I hope it becomes the most viewed Indian film on television. It’s quite possible as this is not some regular commercial film that you watch once and forget. My cousins, who’ve already watched it a few times, have said that the experience had gotten better with each viewing,” he said, and added it will be the perfect treat for families this Dussehra festival.

The Hindi version of the film will have its world TV premiere on Sunday on Sony Max – after Dussehra on Oct 22.

Prabhas will start shooting for the second part in the instalment from November. Before he goes to the sets, he will muscle up.

“I’ve already started growing my moustache. Since my shoulder surgery, I haven’t been in the best shape as I was advised not to work out. Now that I’m doing much better, I’ll start gymming soon. I weighed around 95 kg in the first part, I have to maintain it and look muscular too,” he said.

Unlike other stars, Prabhas says he’s not under pressure to deliver minimum of two films a year. He spent nearly two years on the first part of the film and may spend another year on part two.

“Even if I was required to spend four years, I’d have happily worked. An opportunity such as this you get once in a lifetime and it’d be stupid to jeopardize it,” he signs off.