A fan of Satyajit Ray’s works, London-based Paul King, says that for his latest directorial “Paddington”, he was hugely inspired by the legendary Indian filmmaker’s “The Apu Trilogy” and that he’s tried to capture Apu’s emotions in the movie’s bear. 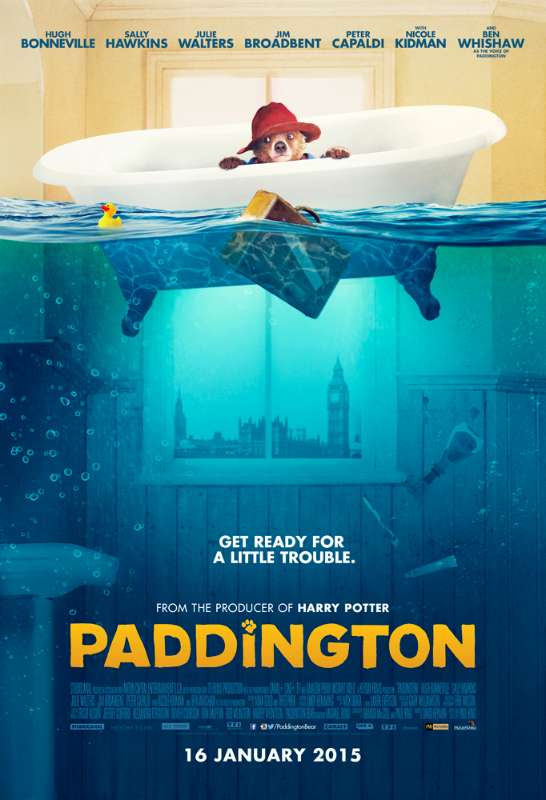 “Paddington”, releasing on Indian screens Jan 16, recreates the magic of British author Michael Bond’s best-selling series of children’s stories. It follows the comic misadventures of a young bear with a passion for all things British.

“My favourite Indian movies are those of Satyajit Ray. ‘The Apu Trilogy’ are some of the greatest films ever made in any language and the journey of Apu was something that (producer) David (Heyman) and I thought about a great deal when we were making our film,” King told IANS in an email interview from London.

“The dream of a bigger world, the journey from the countryside to the city, the struggles of making a family work, the mixture of sadness and joy. All of these things were very important to our bear.

“I had a big picture of Apu over my desk and looked at it every day. I loved his scruffiness, the glint in his eye, and I tried to capture that in our bear,” said King.

The director says he enjoys “magical realism and epic storytelling”, and that, to him, seems to be India’s strength.

Asked if he would like to adapt any Indian book or TV series or film, he said: “I’m a huge fan of Indian literature. I love magical realism and epic storytelling and that seems to pour out of India.

“But what works well in a novel isn’t always the same as what works in a film and I’d be very careful before adapting any of my favourites in case I just ended up ruining the book,” he added.

The director believes “Paddington” has a “universal story” and hopes Indian audiences will embrace it.

“It’s something that anyone can relate to no matter where you’re from; so, I hope that it can connect with the Indian audience in the same way it has with other audiences around the world,” he said.

He also feels that the film’s comic elements too will be enjoyed by the audience.

“It’s also a comedy. I was hugely influenced by Charlie Chaplin, especially his film ‘The Kid’. It’s very funny and incredibly moving — and all told without words. There’s a lot more talking in ‘Paddington’, but there are also a lot of moments of silent comedy — and that’s probably the most international form of entertainment there is,” he said.

But making the film was not easy for King.

” ‘Paddington’ was a very hard film to make. Neither David nor I wanted to make the film unless we were confident we had got the best possible script we could and then the animation process was also very long and time consuming.

“Each Paddington shot went through hundreds of revisions – sometimes nearly 500 – to make his performance as touching and funny and realistic as possible. And all that takes time,” said King, who took five years to come out with his second feature film.

To be released in India by PictureWorks, the movie stars Nicole Kidman and Julie Walters.