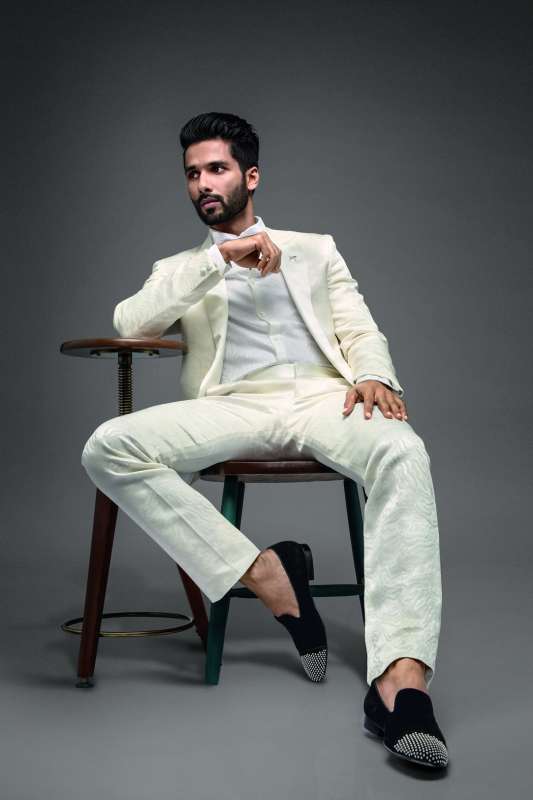 He pulled off the most understated celebrity wedding of the year when he got married to Delhi-based girl Mira Rajput. Actor Shahid Kapoor is loving every bit of it. Calling it a blissful change, the actor says he is a firm believer of the institution of marriage.

In an interview with the GQ India – Smart Man’s Guide, the actor shared his thoughts about marriage.

“I believe in the institution of marriage. I think it’s beautiful, but I don’t think it should be enforced. What kind of relationship you want with the person you love is completely your decision. But I do believe one shouldn’t run away from commitment,” said Shahid, who has featured on the cover of the magazine’s October issue.

The actor, who got married to Mira away from the public eye at a low key event here in July, sported a dapper look in an all-white suit with a dash of black in shoes.

Link-ups and relationship rumours are part and parcel of an actor’s life. And Shahid is no different. His high profile relationship with actress Kareena Kapoor created a lot of buzz, followed by dating speculation with Bollywood stars Vidya Balan and Priyanka Chopra.

What are some of the most important things that he has learnt from his previous relationships?

“It’s important to express yourself and it’s important to listen. To say whatever you feel as soon as you feel it. When you speak about something after a certain period of time it loses its context… and it’s difficult for both people to see it for what it was.

“So it’s important to address it when you’re there. And it’s equally important to listen with the understanding that you’re not being judged,” he said.

Shahid will be coming on the silver screen for the first time since his wedding with the romantic comedy “Shaandaar”, in which he is paired with Alia Bhatt.

The film, against the backdrop of a destination wedding, is directed by Vikas Bahl, and will release on October 22.

The “Haider” star feels “the advantage of a destination wedding is that you can have a much smaller set of people”.

He has a message for all the would-be grooms as well.

“In general, the groom should always be more understated than the bride… it’s important to allow her to shine. I don’t know of any guy who grew up imagining what his wedding would be like while eight of 10 women did,” he said.