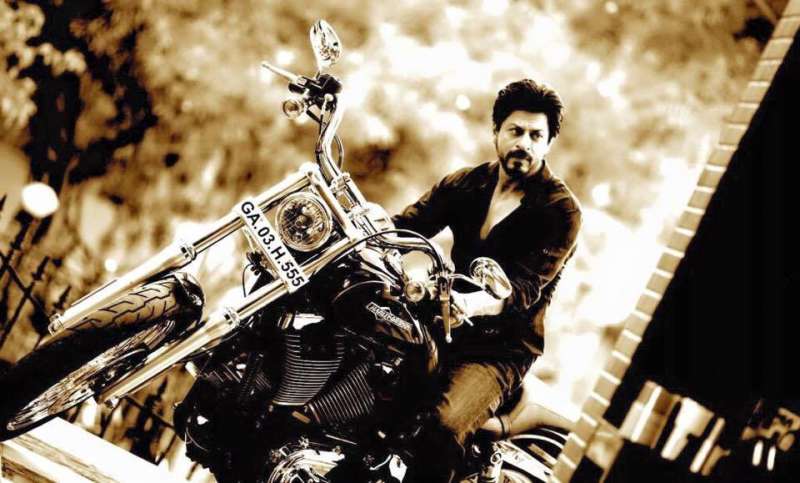 For over two decades, the magic of his acting, persona and charm has regaled Bollywood buffs, and the saga continues. Shah Rukh Khan, who turns 50 on November 2, said that last year he was a little lazy by just doing one film. But now, the superstar says he has pledged to do three films in a year on an average as soon as he completes the first half century of his life.

“I want to do as many films as possible before I die,” the 49-year-old said on a light note to a few invited media representatives on the sets of “Dilwale” at Ramoji Film City here.

“It has been four to five years that I have become producer… we made ‘Chennai Express’, ‘Happy New Year’, ‘Om Shanti Om’ and they took a lot of time. I started feeling that in the last one year, I am not doing much films that I can actually do. I am just doing one film in a year, and I’m feeling lazy.”

“I want to do different roles. So, I decided that from the age of 50-55, I want to do 15 very nice films and that will include popular films, offbeat films, mad films and many more. I will do many different films. I want to do three films a year. Ek film mein mann ke liye karna chahta hu, ek tann ke liye aur ek dhan ke liye (I want to do one film for the mind, one for my physical capability and one for money),” he added.

Directed by Rohit Shetty, “Dilwale”, produced by Red Chillies Entertainment, will see the magical pair of Shah Rukh and Kajol coming together again on the silver screen, and recreating their onscreen chemistry.

A dekko of that was given to the scribes invited to the set, which seemed like it’s being used as SRK’s home in the movie. The walls had photographs of the ‘Badshah’ of Bollywood, with Varun Dhawan, who plays a key character in the film.

Shah Rukh, along with other cast members of the film, offered a sneak peak into the film with a 20-minute video footage.

It created a long-lasting impact with scenes that included a song sequence shot with SRK and Kajol in Iceland; an action sequence of SRK; few comic scenes involving Johnny Lever, Sudhir Mishra and Varun Sharma, and of course, scenes and songs featuring Varun and Kriti Sanon.

The team has been shooting the last leg of the film in Hyderabad for a month.

(The writer’s trip was on the invitation of Red Chillies Entertainment. Nivedita can be contacted at nivedita.s@ians.in)