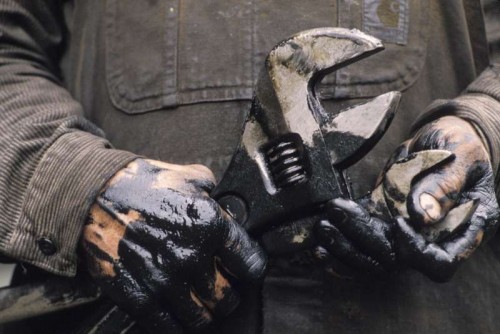 A friend of mine has sent me this mathematical self sell. It is especially for those of us who believe we are doing most of the work in this world while others goof around.

For a couple years I’ve been blaming my foul moods on lack of sleep and too much pressure from my job but now I found out the real reason:

The population of this world of ours is 6 billion.

1.2 billion are retired. That leaves 4.8 billion to do the work.

There are 1.5 billion in school, which leaves 3.3 billion to do the work.

Of this there are 1.4 billion employed by the governments of the world which leave 1.9 billion. Of that half a billion are in the Armed Forces, which leaves to 1.4 billion to do the work.

Of that number point 4 billion are on leave.

At any given time there are .2 billion in hospital.

Leaving 500 million people to do all the work. Of which 450 million are babies.

That leaves 50 million to do the work.

That leaves just two people to do the work.

And you’re reading this.

Which leaves only me. To take on the world.

No wonder I am glum. Wouldn’t you be if you had to handle everything. The least you can do is stop reading the article and half my sense of responsibility. How long can a man do it all by himself.

We all feel like that sometimes. At home wives get resentful because they do all the work and feel that neither the husband or the children pull in any of the slack. Children feel it in families where there several kids and the ‘nice’ one is given the major share and others duck their chores. Over time, that child begins to feel martyred and angry even if it does not show. In the office if you notice there are some people who do a lot more than the others and because they do that they are given more work. He is reliable, says the boss, give it to him. He’ll deliver, says the department head, let him do it.

So what happens is that this staffer gets overloaded and just because he is reliable and good discovers he is the sucker in the arrangement. His colleagues don’t do half the work and they are all getting the same salaries. Equally, the more you do the more the chances of your making a mistake and those who are saddled with the lion’s share are also likely to get into hot water and be on thin ice at the same time.

Do those who do the extra work find themselves psychologically bruised? They do. Not just that they finally become victims of their own hype and even as they resent the fact that they do so much they begin to volunteer their services. Through conditioning they now need that overload to make them feel wanted and important.

Finally, the loop becomes seamless and the boss also takes it for granted. So and so is a glutton for work. He is a workaholic. He puts in fifteen hours a day. He loves his work, he has no time for anything else.

This is probably not true in most cases. Peal the layer of the self deception and you could find one very resentful and unhappy individual who hates the fact that he is doing all this extra work and being so labelled.

He just doesn’t know how to get off this tiger.