At Active Change Foundation, as part of our ‘Young Leaders’ programme, we have had several discussions with our young people about freedom of expression and how the murder of innocent people, like in Paris, could be justified in the name of any religion. 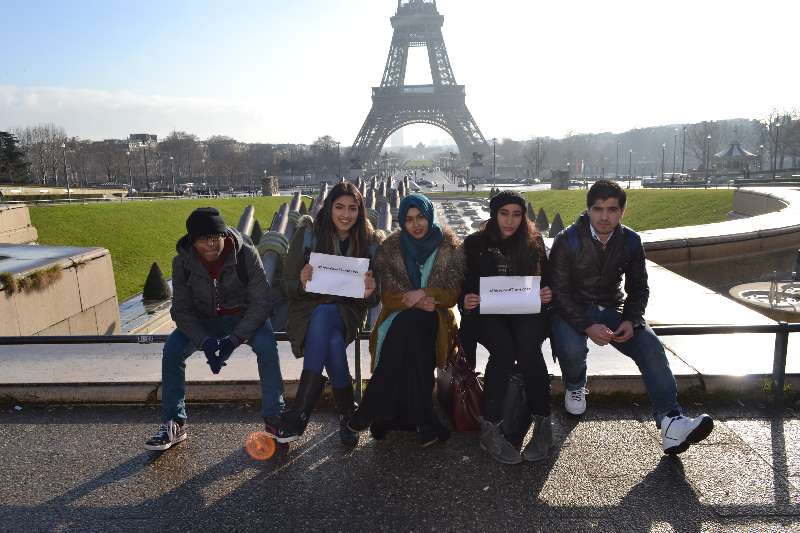 Last weekend a number of our ‘Young Leaders’ arranged a trip to Paris to show our support to the French Muslim community following the terror attacks earlier this month. All the communities, including Muslims all over the world, have condemned the terror attacks at the Charlie Hebdo offices.

I personally felt very hurt and very angry towards the attackers. It feels like I have to constantly defend my faith thanks to individuals who quite obviously do not understand Islam, yet falsely claim that they are acting in the name of Islam.

This is the very reason why at the Active Change Foundation, we started our #NotInMyName campaign, to make it clear that we will not let our religion be hijacked by radicals. Our ‘Young Leaders’ were at the forefront of this campaign and in the aftermath of the attacks in Paris wanted to reach out to the people of Paris to let them know we are standing side by side with them.

As we began the journey I remember feeling that the flight was unlike any trip I have ever had. We didn’t know what to expect on the other side apart from what I had seen and heard on the news. 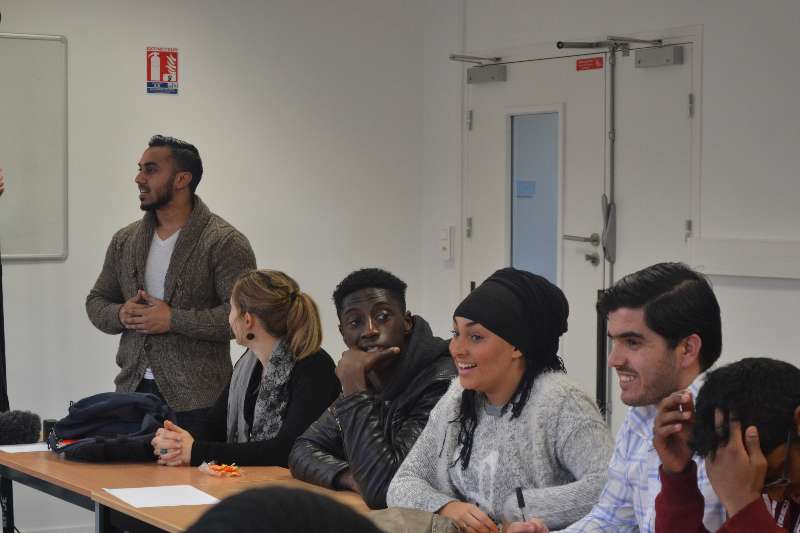 Our group consisted of Asians, Arabs and Afghani descent. On the way to the Arc De Triomphe, we were greeted with smiles and French greetings from the locals, some even stopping to take photos with us. I was not sure of what to expect before the trip and was not prepared for the hospitality we received from the Parisians.

Later on that day, we visited the offices of Global Potential, an organisation committed to empowering young people from the suburbs of Paris.  We also met with the team behind the social media campaign #JeSuisNous to highlight the positive contributions of the Muslim Community and to show their solidarity with all communities in France in condemning the violence and calling for peaceful cohabitation.

We sat down to discuss a number of issues including the impact of the Paris attacks amongst the younger communities as well as the concept of freedom of expression and shared experiences as young Muslims living in Europe.

We talked about our campaigns (#JeSuisNous and #NotInMyName) and how they can empower young people to have the confidence to speak out; reminding the public that not all Muslims agree with the action of the terrorists.

It was great to be in one room together, hear such impactful stories about their experiences and how the attacks have affected them individually. I felt very proud of our ‘Young Leaders’, as they made it clear that we are all one global Muslim community standing together and that nothing will be able to break our community spirit.

As we left to make our way back to London, I reflected on our day in Paris. Community and love is not only the underlying message of the Active Change Foundation, but also of Islam. Through spreading a message of peace and building relations with our communities across the world, we can root out the disease of extremism. What happened in Paris is unacceptable, but we can stop this from happening if we #AllStandTogether.

(The writer is the Youth Programme Leader of Active Change Foundation)