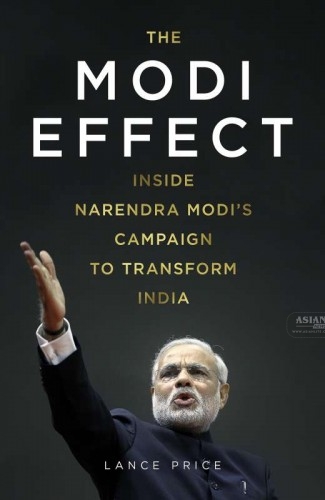 Prime Minister Narendra Modi’s religious beliefs helped shape his political views and he has no desire to jettison Hindu nationalist ideology, says a new book and notes that Modi risks alienating a section of his supporters if he allows the more extreme elements of Hindutva to influence governance.

The book says that in Britain three leaders have secured landslides since the Second World War: Clement Attlee, Margaret Thatcher and Tony Blair.

“Their majorities in parliament were far larger that Mr. Modi’s in 2014, but while each left a permanent legacy behind them, none was able to defy the swing of the political pendulum forever. Indian politics is far more fragmented than Britain’s; by winning as convincingly as he (Modi) did, his success at the polls deserved to be compared with theirs.”

The book says that Modi, during his campaign, offered the vision of a different kind of politics in which choices are made on the basis of policies and values and not accidents of birth or religion.

Price, a former BBC correspondent and a former director of communications of the Labour Party, says that BJP may not have been willing or able to resist the pull of uglier kind of politics altogether but a large number of voters were evidently attracted by the promise of a different way of doing things.

The book says that for people who set a high store by the liberal values of free expression, diversity and religious tolerance, the Modi campaign and the first few months of his government produced ample grounds of concern.

“Tony Blair, for whom I worked, was a devout Christian but whenever the teachings of the church came into conflict with the policies he believed to be right, he followed his own political instincts and not the dictates of his religion.”

“And yes, Narendra Modi’s religious beliefs clearly do help to shape his political views. But to judge from the first 10 months, there has been no evidence since he became prime minister of any impact on policy that is remotely comparable, for example, to the damaging influence of fundamental Christianity on the administration of President George W. Bush,” the book says.

The book, released Saturday, looks at Modi’s rise to power, his mass appeal despite the controversies surrounding him and the role he will play on the international stage. Based on “exclusive access” to Modi, his ministers and advisers, it tells the inside story of his much talked-about campaign for the Lok Sabha elections.

Price says that if Modi was to completely jettison the Hindu nationalist ideology that he grew up with he wouldn’t last very long.

“He would not do that and as far as I can tell, he has no desire to. But if allows the more extreme elements of Hindutva to influence the way he governs to any significant degree then he risks alienating those who believe that his commitment to build a modern India reflects real Modi,” the book says.

It says that Modi has set a very high bar for himself and for the country.

“If he can continue to keep his more fundamentalist supporters in check and if he is able to demonstrate that India’s future economic and social development can be advanced both quickly and fairly, without putting the interests of any one community over another, he would have achieved a great deal.”

The book says Modi has, time and again, demonstrated a will to succeed that has overcome all the hurdles placed in his path.

“In his long career he has been demonised, shunned, dismissed and condemned. But perhaps the biggest mistake his enemies have made is to underestimate him. He has now earned a place in history,” says the book.