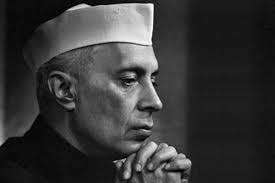 The book, written by former intelligence officer R.N.P. Singh, says: “Nehru had resorted to desperate measures to prevent Prasad from occupying the position of president and these measures included blatant lying.”

The book, “Nehru: A Troubled Legacy”, has been published by Wisdom Tree and includes letters written by Mahatma Gandhi, Nehru, Patel and others.

Singh quotes official records to reveal that on September 10, 1949, Nehru wrote to Rajendra Prasad that he (Nehru) and Sardar Patel had decided that “the safest and best course” would be to have C. Rajagopalachari as the first president of India.

Since this ran contrary to his understanding of the situation, including the opinion of Sardar Patel and most members of the Constituent Assembly, Rajendra Prasad expressed the next day his deep disappointment and hurt at the way Nehru had dealt with him.

Rajendra Prasad marked a copy of this letter to Sardar Patel, who was in Bombay (now Mumbai) that day.

Patel was surprised to learn of the contents of Nehru’s letter because he and Nehru had never discussed whether Rajaji or Rajendra Prasad should be the president. Nor had he and Nehru concurred that Rajaji should be their choice.

“In his reply to Nehru on September 11, Prasad did not mince words. He told Nehru that given his standing in the party, he clearly deserved to be treated better,” says the book.

“When this letter landed on his table, Nehru found that he had hit a dead end. He had been dishonest and he had been caught.

“Anxious to extricate himself from the mess, he chose the only option open to him – to accept his folly.

“He also did not want the situation to get out of hand and, therefore, sat down at midnight to draft his response to Prasad.”

He said he was distressed to read Rajendra Prasad’s letter and said it seemed that he (Prasad) had misjudged him and even Patel.

He then confessed: ‘Vallabhbhai (Patel), in any event, has nothing to do with what I wrote to you. I wrote entirely at my instance without any reference to Vallabhbhai or consultation with him.”

Later, in the same letter, he said: “Vallabhbhai knows nothing about my writing to you…”

The book says: “Nehru realised that this episode had completely exposed him in the eyes of Patel and Prasad. However, in a desperate bid to extricate himself, he wrote to Sardar Patel as well in which he expressed surprise at the tone and content of Prasad’s letter.

“He then cleverly shifted the burden of sorting this mess out on to Sardar Patel.

“He said, ‘It is for you to deal with the situation now’.”