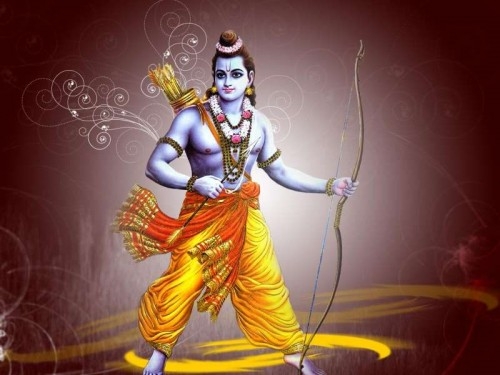 Ayodhya, the birthplace of Hindu warrior-god Ram, is in Pakistan, claims a book by a top Muslim leader.

Ayodhya in Faizabad district of Uttar Pradesh is not the original city by the same name as it was inhabited by human beings only in 7th century BC while Rama is believed to have been born 18 million years ago, says “Facts of Ayodhya Episode” authored by Abdul Rahim Quraishi, assistant general secretary of the All India Muslim Personal Law Board (AIMPLB).

Quoting research papers of Jassu Ram and other archaeologists of the Archaeological Survey of India (ASI), the book reveals that there were two Ayodhyas – one which was built by King Raghu, great grandfather of Ram, and the second built by Ram himself.

Quraishi, a key figure in the committee constituted by the AIMPLB to fight the Babri Masjid case, said Ayodhya in Faizabad district was known as Saket in 7th century BC.

In all probability, Hindus in 11th century CE gave the name of Ayodhya to the town. They also gave names connected with Ram Katha to various areas of the town.

The writer says that if the present Ayodhya was the birthplace of Ram, it would have been mentioned in Ramayana of Tulsidas, who penned the epic in 1574 CE in Ayodhya. Tulsidas wrote Ramayana during the time of Mughal emperor Akbar, the grandson of Babar.

“If Babri Masjid was constructed by demolishing a temple, he would have mentioned this,” Quraishi told IANS.

He believes all these evidences may be produced during the hearing of the case in the Supreme Court, where the AIMPLB has challenged the 2010 verdict of the Allahbad High Court on the Babri Masjid title suit.

The Urdu version of the 82-year-old leader’s book has hit the stands. The English translation is expected to be published soon.

Quraishi pointed out that the excavations undertaken by Banaras Hindu University and ASI and those on the orders of Allahbad High Court found nothing to prove that a temple existed there. There was no objection by Hindus when Babri Masjid was constructed in 1528.

He referred to a 1855 incident in which ‘bairagies’ (Hindu ascetics) returned Babri Masjid to Muslims after occupying it for some days.

It was in 1885 that a Mahant filed a suit for permission to construct a temple on chabutra or platform in the outer courtyard of the Babri Masjid claiming it to be the birthplace of Ram.

The sub-judge of Faizabad, Pandit Hari Kishan, on Dec 24, 1885, refused to give permission. Neither Mahant Dharam Das in his plaint stated nor sub-judge, a Hindu Pandit, remarked that Babar built the mosque at a scared place of Hindus.

The author said the Allahbad High Court decided the Babri Masjid title suit on the basis of belief. “The findings of the three-judge bench are patently wrong. In 1855, the Hindus of Ayodhya did not believe that the Babri Masjid stood on Ram Janmasthan.”

The book has dealt in detail with developments leading to the night of December 22, 1949, when idols of Ram and other gods were planted in Babri Masjid.

Quoting extensively from the orders of various courts, reports of commissions and books, Quraishi has written in detail how the conspiracy was hatched by the Hindu Mahasbha and implemented by K.K.K. Nayar, the then deputy commissioner-cum-district magistrate.

The Babri Masjid was demolished by a mob of Hindu zealots on December 6, 1992, and and a makeshift shrine was constructed on its debris.