The new species is the most complete terror bird ever discovered, with more than 90 percent of the skeleton exquisitely preserved.

The discovery would shed light on the diversity of the group and how these giant extinct predators interacted with their environment.

“The discovery of this species reveals that terror birds were more diverse in the Pliocene than previously thought.

“It will allow us to review the hypothesis about the decline and extinction of this fascinating group of birds,” said lead author of the study Federico Degrange from 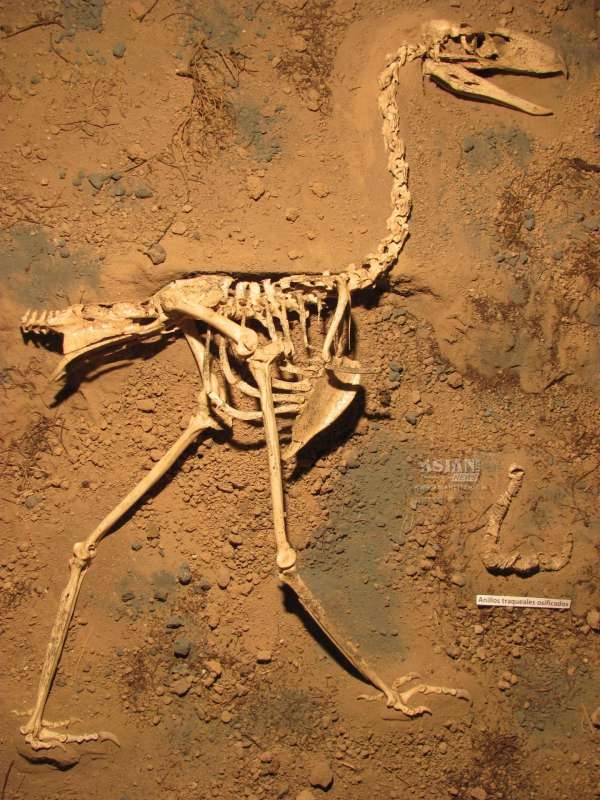 The new specimen also reveals details of anatomy that rarely preserve in the fossil record, including the auditory region of the skull, voice box, complete trachea, bones for focussing the eye, and the complete palate, allowing an unprecedented understanding of the sensory capabilities of these extinct predatory birds.

“The mean hearing estimated for this terror bird was below the average for living birds.

“This seems to indicate that Llallawavis may have had a narrow, low vocalisation frequency range, presumably used for intraspecific acoustic communication or prey detection,” Degrange added.

This is the first time that the structures which indicate hearing sensitivity have been reconstructed for any terror bird, and they may help explain the evolution, behaviour, and ecology of this group of fossil birds, the researchers said.

Terror birds, or phorusracids as they are known scientifically, were carnivorous flightless birds up to 3 metres (10 ft) in height with tall hooked beaks.

These birds were the predominant predators during the Cenozoic Age in South America and certainly one of the most striking groups that lived during that time.

“The discovery of this new species provides new insights for studying the anatomy and phylogeny of phorusrhacids and a better understanding of this group’s diversification,” said co-author Claudia Tambussi from CICTERRA, Argentina.

The new species stood four feet tall and lived in Argentina approximately 3.5 million years ago in the Pliocene Epoch, towards the end of the reign of the group.

The findings appeared in the Journal of Vertebrate Paleontology.