Maharashtra Mandal London hosts the world premiere of Marathi film Anuraag. The film had an offbeat yet natural and intense storyline and boasts to be the first ever film shot entirely in Leh-Ladakh region capturing some breath-taking scenery and enchanting backdrops.

Doctor-turned-Director Dr. Ambarish Darak is an ophthalmologist and is one of the most renowned Refractive Surgeons in India contributing immensely to social cause and community health care. Following his passion for film making, he through this film explored the connubial bond from emotional and expectation point of view, and the midlife crisis arising out of taken for granted aspect in the husband-wife relationship.

Dharmendra Gohil, an established actor in Gujarati Theatre, and also known for his cameo in Gandhi, My Father, excelled in his role as husband, while Mrunmayee Deshpande completely outlived the role of a wife anticipating husband’s emotional involvement in their 10 year old marital relationship. They have rendered brilliant performances as the only two characters of the film ( a third brief character was the helper boy). Suresh Deshmane showed his midas touch in cinematography capturing the most exhilarating views of Leh-Ladakh, very much his cup of tea for the past 25 years.

Background score by Sameer Mhatre was very appealing. Audience interaction followed the screening of the film during which Dr Ambarish briefed the background and its making while Suresh Deshmane and Mrunmayee Deshpande answered specific questions on the challenges faced.

Speaking to Asian Lite’s Ragasudha Vinjamuri, Mrunmayee said all the sixteen films that she has acted in so far, every character was equally different and interesting; however this film in particular was very fascinating. Her initial entry was through television her first tele-serial being on Star Pravaah. She shot to fame through “Kunku”, which is a very popular show on Zee Marathi.  Speaking on her background, she says she owes her entry into theatre to her artistic family and her mother Pratibha Deshpande, who is a well-known theatre artiste. The biggest challenge, she says, was the oxygen levels at the shooting locations, and thankfully the crew included established medical professionals including the director-producer himself.

Sushil Rapatwar, President of Maharashtra Mandal curated the Q and A session. Dr Govind Kanegaonkar accepted a memento by the team of Anuraag as a token of appreciation towards MML. Dr Ambarish thanked Sushil Rapatwar and Chetan Harphale for their help in organising the screening.  Later in the evening, a foot-tapping music hour by Praajakta Pargaonkar and Rajan Shegunshi captivated the audience through their melodious renditions of songs spanning 50s-90s. All the proceeds from the event were channelised towards creating livelihoods for children and survivors of the farmers who committed suicide in Maharashtra. 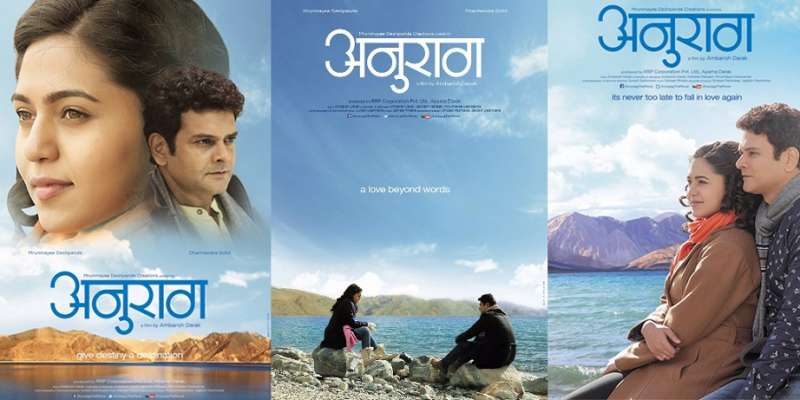