Child mortality has fallen by more than 50% since 1990, according to a report by the World Health Organization and UN children’s agency Unicef …reports Asian Lite News. 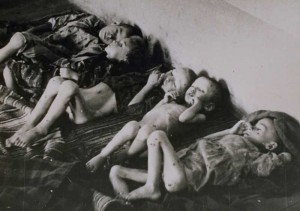 The WHO and UNicef report says that 25 years ago 12.7 million children under five died, but this year the figure is projected to drop below six million for the first time.

But aid agencies warn that huge challenges remain. They point out that the UN target of reducing child mortality by two-thirds between 1990 and 2015 will not be met, says a BBC news report.

The rate fell by 53% over this period, the report says.

“But the far too large number of children still dying from preventable causes before their fifth birthday… should impel us to redouble our efforts to do what we know needs to be done”.

The report says that 16,000 children under the age of five still die every day. Many become victims of preventable illnesses such as pneumonia, diarrhoea or malaria.

And almost half the deaths are linked to malnutrition, the document says.

The greatest risk is during the first few days after birth – 45% of all deaths occur before the child is a month old.

The report also highlights the stark inequality of life chances for the world’s children.

It says that those born in sub-Saharan Africa have a 1-in-12 chance of dying before their fifth birthday. In wealthy nations the risk is 1-in-147.