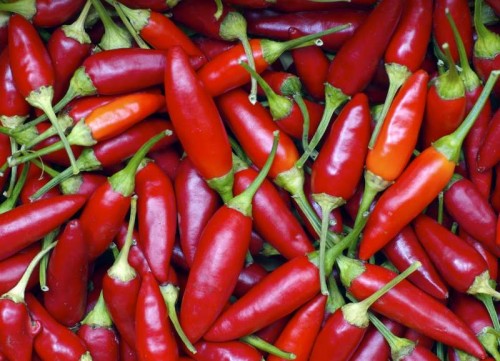 Daily consumption of capsaicin, the active compound of chilli peppers, can have a beneficial effect on liver damage, scientists reveal.

Capsaicin was found to reduce the activation of hepatic stellate cells (HSCs) in mice models.

HSCs are the major cell type involved in liver fibrosis which is the formation of scar tissue in response to liver damage.

During the study, the mice were split into two groups and given capsaicin in their food.

The first group was given chilli pepper after three days of bile duct ligation (BDL) in which the common bile duct is obstructed, leading to bile accumulation and liver fibrosis.

The second group was given capsaicin before and during chronic carbon tetrachloride treatment (CCl4).

CCl4 is an inorganic compound that was widely used in fire extinguishers as a precursor to refrigerants and as a cleaning agent.

It is now known to be one of the most potent hepatotoxins.

The findings showed that capsaicin partially improved liver damage condition in the BDL mice and inhibited further progression of the injury.

In the second group of CCl4-treated mice, capsaicin prevented injury development in livers but did not reduce fibrosis when it was already established.

The results support the need for further investigation into capsaicin for the treatment and prevention of liver injury and fibrosis.

The researchers shared the results at the International Liver Congress 2015 in Austria, Vienna, on April 23.