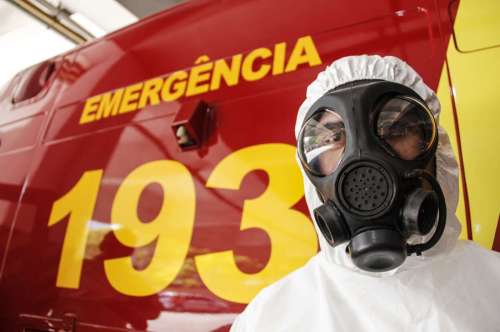 The number of people killed by the Ebola virus disease (EVD) has reached 8,153, the World Health Organization (WHO) has said in a statement.

A total of 20,656 cases of EVD have been reported, the report released Monday said. The data refer to Guinea, Liberia and Sierra Leone.

According to the statistics, the maximum number of Ebola-related deaths and cases has been registered in Liberia — 3,471 cumulative deaths and 8,018 cumulative cases. Liberia is followed by Sierra Leone (2,915 deaths and 9,772 cases) and Guinea (1,767 and 2,769) respectively.

EVD, previously known as the Ebola hemorrhagic fever, is a severe illness in humans, often fatal. The virus is passed on to people from wild animals and can be transmitted from humans to humans. The average EVD case death rate is some 50 percent.

The first outbreaks of the EVD occurred in remote Central African villages, near tropical rainforests. However, the most recent outbreak in western Africa involved major urban and rural areas.