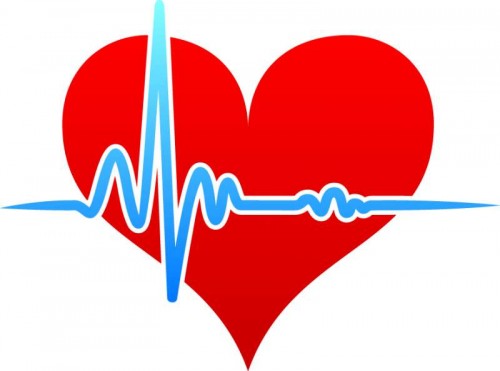 One evening after dinner in 1991, Satish Karekar, then 42, a Mumbai businessman, experienced a dull pain and heaviness in the chest and lightness in the head. When the feeling persisted well into the night, his brother, who’s a doctor, whisked him off to hospital.

“There, I was diagnosed as having suffered a heart attack, and promptly put on medication,” recalled Karekar.

Unlike Karekar, many heart attack victims don’t get a second chance. About 1.7 million Indian hearts stop beating every year, according to the World Health Organisation (WHO).

Cardiovascular disease emerged as India’s top killer around the mid-1980s. Since the turn of the century, it is a growing threat. In 2012, one in four Indians who died, died of cardiovascular diseases, according to WHO data. It was one in five Indians in 2000.

Growing numbers of young people are being afflicted. About 12 percent of those experiencing heart attacks in India are below 40, double the number in the West. P.P. Ashok, head of neurology at Mumbai’s Hinduja Hospital has observed a 15-20 percentincrease in strokes in the 25 to 40 age group.

Why is India experiencing a cardiovascular disease epidemic?

Don’t give yourself a heart attack

Heart disease doesn’t run in Karekar’s family. Both he and his other brother, who’s a businessman, have acquired heart conditions-“through faulty lifestyles,” he admitted.

On a list of risk factors for coronary heart disease, Karekar could have ticked off almost all in 1991.

The genetic disadvantages of being Indian

Scientists studying the Indian propensity for cardiovascular disease have found causes at the cellular level-specifically in genes.

Early insights into the association between bad tickers in Indians and bad genes came from the USA, when American-Indian cardiologist and head of the CADI (Coronary Artery Disease among Asian Indians) Research Foundation, Enas A Enas, was drawn to investigate the cause for an inconsistency he called the South Asian Paradox.

“Half of the Asian Indian community in the US is comprised of life-long vegetarians; this should have lowered the occurrence of cardiovascular diseases among them because consuming meat is a traditional risk factor. Also smoking, another traditional risk factor, is uncommon among Asian Indian women,” he said. “Instead, we found Indians in the United States have three times the prevalence of heart disease, compared to the general US population.”

Research in India has seconded this finding.

Indians are also genetically predisposed to develop Metabolic Syndrome, or Syndrome X, a metabolic condition associated with doubling the risk for cardiovascular diseases.

Gene mutations are the leading reason for cardiomyopathy, a cardiovascular disease involving damage to the myocardium, the heart muscles, lessening the heart’s ability to pump blood. Cardiomyopathy can trigger sudden cardiac death.

Bad genes are bad news, but not as bad as you think.

Seth’s experience of a quarter century in treating heart disease and performing more than 50,000 angiographies has convinced him that a family history of heart disease is one of the strongest predictors of the likelihood of developing it.

Genes account for half of the reason for developing Syndrome X, said Gerald Reaven, Terry Kirsten Strom and Barry Fox in their book Syndrome X: Overcoming the Silent Killer that Can Give You a Heart Attack.

Lifestyle accounts for the other half.

Lifestyle changes can prevent and stave off further brain and heart attacks and the ensuing damage-no matter what genes you carry. Sustained effort pay handsome rewards.

Smokers can cut their risk of having a heart incident to the level of non-smokers within 15 years of quitting, according to Seth.

Making the right food choices helps to offset Syndrome X-even if it was inherited-and, conversely, Syndrome X can be acquired by a faulty diet.

It helps to limit calorie intake from fats, to eliminate trans-fatty acids and to switch from saturated to unsaturated fats, say WHO guidelines. Limiting the consumption of free sugars and salt, eating whole grains, nuts and 500 gms of antioxidant-rich fresh fruits and vegetables daily is recommended.

Getting 30 minutes of aerobic exercise every day cuts the risk of heart disease by 30%, according to the World Heart Federation. A 30-minute walk five days a week can decrease the risk of stroke by 24%, double the walking time to cut the risk by half, as per a Harvard study.

Might a lesson from someone who has been to the twilight zone and back inspire lifestyle changes in Indians?

Karekar is proud and relieved today, with good reason.