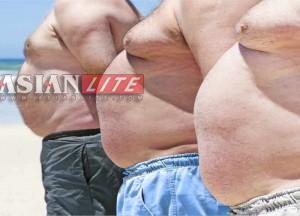 Obesity may be tougher on male immune systems than females, suggests a study led by an Indian-American researcher.

“Men and women have very different cardiovascular and diabetes risk. Male mice are often studied because their risk for developing these diseases is higher,” Singer explained.

For this, researchers compared how mice from each sex reacted to high-fat diets.

They found that in young reproductive-age female mice who were fed a high-fat diet which made them obese, the body produced only a mild inflammatory white blood cell response.

This, in turn, made the male mice more prone to higher blood glucose and insulin levels.

“We found that obesity did not trigger inflammation in female mice the way it did in males,” Singer added.

The research helps in providing the foundation for future clinical studies exploring how these differences impact diseases such as diabetes.

“Our research highlights the need to broaden clinical investigations and animal studies to include both males and females to better guide new interventions,” Singer said.

The study was published in the Journal of Biological Chemistry.