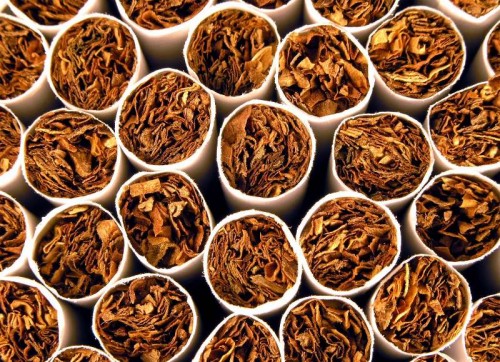 Tobacco is the single most important factor which causes cancer, but the disease can be prevented by taking simple steps like eating a healthy diet, managing obesity and proper exposure to the sun, say experts.

Vinit Talwar of the capital’s Rajiv Gandhi Cancer Institute said while in women, cancer is caused due to over exposure to hormones, in men, the predominant factor is tobacco.

“Tobacco use – smoking and chewing – is the single most important factor for cancer in men. Nearly 60-70 percent of all cancer cases in men are due to tobacco,” Talwar said.

According to the World Health Organization (WHO), nearly 30 percent cancer deaths can be prevented by addressing the main risk factors — tobacco use, alcohol, unhealthy diet, physical inactivity and excess body weight.

The southeast Asian region is home to 250 million smokers and an equal number of smokeless tobacco users.

In women, cancer is caused when there is early menarche and late menopause, obesity and exposure to viruses like HPV.

Cancer, a disease characterized by the uncontrolled growth and spread of cells which can affect almost any part of the body, is a leading cause of death around the world. WHO estimates that 84 million people will die of cancer between 2005 and 2015 without intervention.

It is estimated that India records 1.1 million new cancer cases every year thus, contributing to 7.8 percent of the global cancer burden.

Elaborating on the diet factor, he said: “A diet low in fruits, vegetables, whole grains and high in energy-dense foods that are high in fat (such as red and processed meats), refined sugar (such as refined grains) or salt can predispose one to cancer.”

Somnath Sarkar, of Thakur Pukur Cancer hospital of Kolkata told IANS: “Such habits need to be curbed from the childhood. Busier lifestyles mean that people are having more and more processed food and fast food.”

Preeti Jain, consultant Oncology, Columbia Asia Hospital-Gurgaon said: “Cancer is talked about as one of the most deadly diseases. We are often made to believe that we cannot do anything about it since we do not know exactly what causes cancer. But there is an increasing agreement among health practitioners that a healthy lifestyle can play a major role in reducing cancer risks.”

“Not much is talked about preventive measures as people believe there is nothing they can do to prevent cancer. The truth is they can. By following health lifestyles, they can cut the risk to a great extent,” Jain said.

For Sapna Nangia, senior consultant radiation oncology, Indraprastha Apollo Hospitals, an important factor in preventing cancer was getting regular medical care, self-exams and screenings for various types of cancers – such as cancer of the breast, colon, prostate and cervix.

“This can increase your chances of discovering cancer early, when treatment is most likely to be successful. Ask your doctor about the best cancer screening schedule for you,” Nangia said.

In addition, a significant proportion of cancers can be cured, by surgery, radiotherapy or chemotherapy, especially if they are detected early, she added.

Nangia cautioned that immediate note should be taken of some issues like unintentional weight loss, any kind of lumps, bumps and sores, chronic cough or hoarseness of voice and lower back pain.