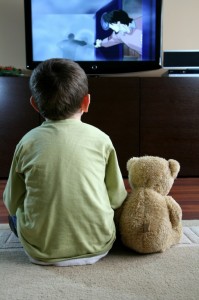 Teenagers should ditch television entirely if they want to do their best at GCSE, says a recent study. After a study showed each hour a day of screen time reduces scores by the equivalent of two grades.

Research that tracked the progress of 845 students, between the ages of 14 and 16, found that watching TV had a huge impact on results, which could not be cancelled out by extra studying, reports The Daily Telegraph.

The scientists stress that what they found was an association, not proof of a causal link. But they have ruled out the influence of poverty or affluence, as the students, who attended 18 different schools in Cambridgeshire and Suffolk, came from a diverse renge of social backgrounds.

Lead researcher Dr Kirsten Corder, from Cambridge University, told  The Telegraph, “Television, computer games and internet use were all harmful to academic performance, but TV viewing was the most detrimental.

“I do think there is a role for schools to educated children in the detrimental effects of screen viewing. Zero hours would lead to b

Dr Esther van Slujis, another member of the Cambridge team, said: “If you don’t watch television you will achieve GCSEs results to the best potential

“This shows that reducing screen time may reduce GCSEs results that should be of interest to the government in order to improve grades at GCSEs.

GCSE performance was assessed at 16, by adding together all the points students obtained across different subjects. Every extra hour spent watching TV or online was associated with 9.3 fewer GCSE points overall at age 16 – equivalent to the difference between two grades, for instance dropping from a B to a D.

According to the communications regulator Ofcom, the UK’s 11 to 15-year-olds spend three hours a day on average in front of TVs or computer screens, which would suggest most teens are dropping the equivalent of 27 points. Those who watched TV alone did slightly worse.

Teenagers who spent an extra hour doing homework or reading achieved 23 more GCSE points on average than their peers. But only 58 fell into this category, and the scientists said they may represent pupils forced to work harder because they were struggling at school, Telegraph reports adds.

The researchers have now started taking brain scans of individuals to work out if television or computer screen use is physically changing the brain and damaging cognition. It has previously been thought that teens who engage in large amounts of screen time may have worse sleep which might impact grades.

The results are published in the International Journal of Behavioral Nutrition and Physical Activity.