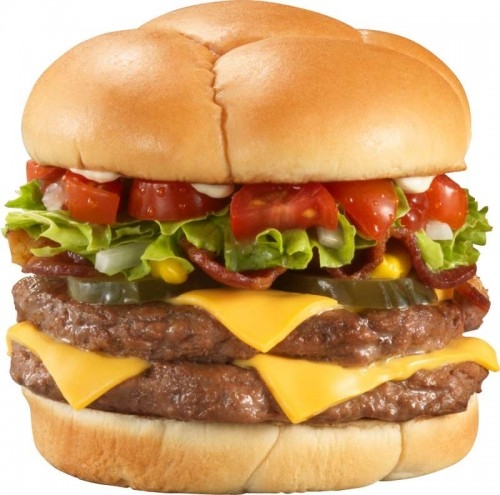 International burgers eating into India’s spicy street food market have bulged over the past decade. But the global chains, reluctant to pick bones with local laws and beliefs in the world’s second most populous nation, are staying off beef and pork as they clash for a larger slice of the country’s succulent fast-food industry.

Wendy’s, the world’s third largest hamburger conglomerate after McDonald’s and Burger King, joined the battle for the Indian palate earlier in May. But the Ohio-based firm, in a public display of nerves, replaced its never-frozen, North American beef with socially-acceptable chicken and mutton burgers and six vegetarian offerings to boot.

Earlier this year, Maharashtra and Haryana outlawed the sale and consumption of beef and laid down long prison terms and stiff fines for those who slaughter cows, revered as holy by many Hindus in India, the world’s largest buffalo meat exporter.

“We thought hard about whether to do beef, but not doing so was a simple decision,” Jasper Reid, a director of Sierra Nevada, one of Wendy’s domestic franchisees, said.

“Wendy’s is a brand that aspires to establish many restaurants in India. (And) to this extent, we felt the market for beef is not deep enough in India,” Reid said.

Despite local sentiments, beef, largely buffalo meat, is widely traded and served in street eateries in wide swathes of India, market observers say. In the country’s seven meat-eating northeastern states, the consumption of meat products has never been formally charted and regulated.

“If many more Indian customers want beef, then we’re one of the world leaders in beef and feel like we would be in a good position to meet the demand. We shall keep listening to what customers want,” Reid added.

But there is life beyond beef, according to economists.

The McDonald’s wagon rolled into India in 1996 despite fears of being outgunned by the ubiquitous tiffin box, Mumbai’s formidable dabbawallahs, vada paav and spicy chaat.

The Illinois-based company is also a participant in the beef-less race to sink its teeth deeper into the domestic quick-service restaurant industry, which is estimated to grow beyond Rs.7,000 crore ($1.12 billion) by 2016. The sector is seen to be posting a mouth-watering 25 percent growth a year.

McDonald’s compatriot and closest rival Burger King waited 18 years before it opened outlets last year in some cities in India. But, then again, it too said it wanted no beef with local authorities, perhaps meaning the Hindu nationalist Bharatiya Janata Party which swept into power in May last year. Its poll manifesto promises to put the cow on a cultural pedestal.

“When we decided to enter the Indian market, we had the challenge of creating a menu to suit the diverse product and taste preferences of customers, especially with regard to having a special vegetarian menu (and) hence, we decided to take a deep dive,” Burger King India CEO Rajeev Varman said.

The stakes are rather high in India. More than a quarter of its billion-plus population is young and eager-to-splurge, mostly on outdoor dining.

Traditions and inhibitions are roadblocks to eating habits and most fast-food chains say they respect the sentiments in the largely-conservative South Asian nation, wedged between beef-eating Bangladesh and Pakistan.

Carl’s Jr. is the latest to tug on the doorbells in India, which despite being the new Promised Land for junk-food providers, remain 10th in size of China’s fast-food market. The American-based restaurant chain, likely to open shop next month, appeared too eager to echo the same caution as its larger country cousins, many of which have penetrated India’s grade-two towns with their beef-less tag.

“Carl’s Jr.’s entry into foreign markets is always based on years of research which includes the study and appreciation of cultural habits, religious sentiments and local palates and as such beef and pork are meats that will not be on offer in India and in fact special care is being taken to ensure that vegetarian and non-vegetarian cook lines are completely distinctive and that there is special handling and distinctive serving of vegetarian and chicken products,” Sana Chopra, executive director, BrightStar Restaurants Pvt. Ltd, the agency bringing the chain into India, said.

The global giants are also learning fast from India’s spice street and are bringing in the teekha, meetha and chatpata flavours into many of their desi helpings such as McAloo Tikki burger or Wendy’s ultimate paneer burger.

India has a little over 2,700 chain fastfood outlets although a third of the country’s population belongs to the age group of 10 and 24. But the industry is likely to balloon as India’s Hindu nationalist government promises to empower the upcoming generation, which does not seem too mindful of what they eat and how much they cost.