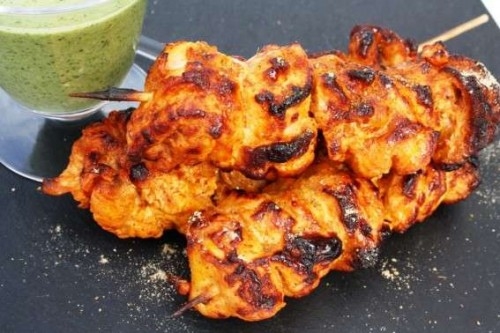 A moonlit roof-top restaurant, a gently caressing evening breeze, twinkling stars above and a starry-eyed loved one in front: all that is left to look forward to is, of course, good food.

And if the food is from a different region, then there is nothing like it to wind up a busy, hot summer day chatting idly with your partner.

Such an opportunity came by recently at Up North, a Punjabi cuisine speciality restaurant at The Raintree Hotel, Anna Salai, located at Teynampet here.

The restaurant has revamped its menu, adding a mix of rural, royal and city dishes.

“Ideally, menu changes should be made once a year as it would give sufficient time for the restaurant to get proper feedback from its guests on the varied dishes. Frequent changes do not make economic sense,” Ashish Bakshi, director-food & beverages, said.

“The new menu card consists of signature dishes of undivided Punjab. The philosophy is simple. Tawa, tandoor and kadai – the three mediums of cooking dishes – are the essence of Punjabi cuisine. We are holding on to our roots even as we adapt to trends,” kitchen executive Palvinder Singh Rathod said.

Menu cards should not be like a bulky telephone directory as guests would be confused and find it tedious to turn page after page.

“On an average the restaurant would serve 70 covers per day and on weekends it will be higher,” executive sous chef Litwin Shanjit said.

By this time, the smell of the approaching appetisers reached the nostrils before the plates reached the table.

As the plates emptied, the chat veered towards food trends.

Shanjit said that today’s trend is favouring tradition and simplicity.

“Gone are the days when people worked hard in the fields and had a heavy lunch with dishes lathered with butter and ghee. Now, people ask for butter chicken without butter,” he added.

Meanwhile the big moon – it was just two days after the full moon – came out in all its glory on the coal dark sky, offering a pleasant sight.

“I am the eldest of the three brothers, my father was a trucker overseas. My brothers and I helped our mother at home. Whenever she fell sick, we used to cook,” Rathod recalled his early cooking days.

During his school vacations, Rathod would go on trucks with his relatives, who were truckers and helped them cook on the roadside.

The food was cooked mainly to sustain oneself. Truckers would divide the labour — cutting vegetables, onions and others — and boil them with other ingredients at one go, Rathod said.

Narrating how murgh Puran Singh got added to Up North’s menu Rathod said: “I had been to Ambala once and found more than 20 Puran Singh dhabhas, which intrigued me.”

“During my stay I ate at all the outlets and found the taste uniform and average. Then I found one outlet run by an old lady serving two chicken and two mutton dishes. Though the menu was limited, the dishes here were a perennial sell-out. The taste was immaculate,” he said.

“I had a chat with the lady who gave a few tips and the names of the spices that went into the dishes. But she held back some crucial information,” he said.

Rathod had to practise cooking several times before his dish came close in taste to that at the old lady’s outlet in Ambala.

“A guest who had come here complimented me that the chicken curry taste was like the one at this Ambala dhabha,” a pleased Rathod said.

The chicken curry with roti did live up to the expectations, given the initial buildup. Similarly the Lahori keema botti, too, tasted great.

Vegans and non-vegans, like Obelix in Asterix comics, can very well fall into the cauldron of paneer lababdar and enjoy their fill.

For dessert, the options are wide – lassi, kulfi with a rabri base, malpua and others.

Up North opens only for dinner at 6 p.m.

The average cost for two people (without liquor) would be around Rs.1,800.