A British-Asian from Oldham, Greater Manchester, raised £155 at the MCR 10k this year for the Christie cancer hospital. While his daughter Dr Nita Taylor and her husband Dr Arif Rahaman raised over £500 for dialysis unit at Dewsbury Hospital Yorkshire, reports Asian Lite , best newspaper for British Asians.

Manhar Taylor, father of 3 and grandfather of 3, has had another enjoyable Manchester 10K run. Speaking to Asian Lite he said , “The weather and conditions were ideal for running,’’ said  Manhar who has been taking part in these runs for a number of years.   “Maybe I have missed only two, ‘’ he regrets. 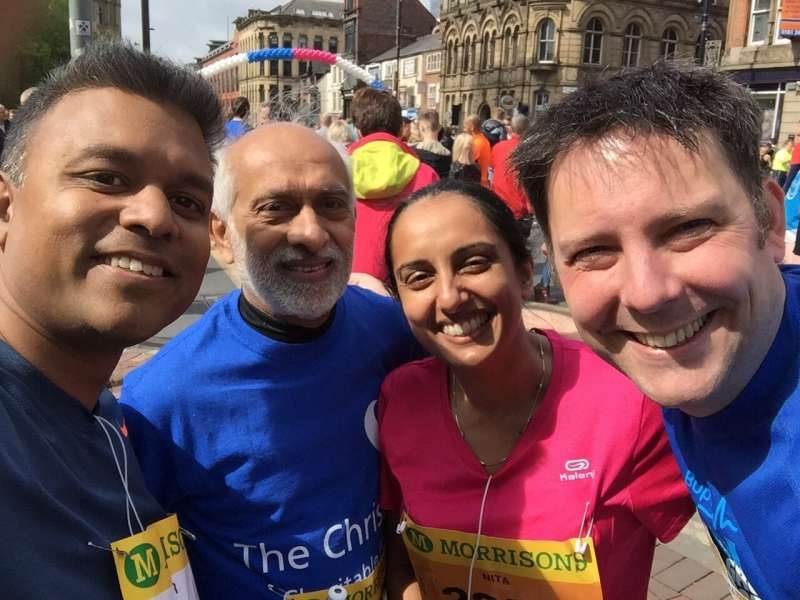 In the past occasions he has been running with quite a few friends and other family members raising money for various charities. This year he took part with his daughter Dr Nita Taylor and two son-in-laws Arif and Matthew. At the beginning of this year Arif lost his father who was very well cared for by Dewsbury dialysis unit in Yorkshire. Both Nita and Arif ran to raise money for the unit while Manhar and Matthew raised money for the Christie. 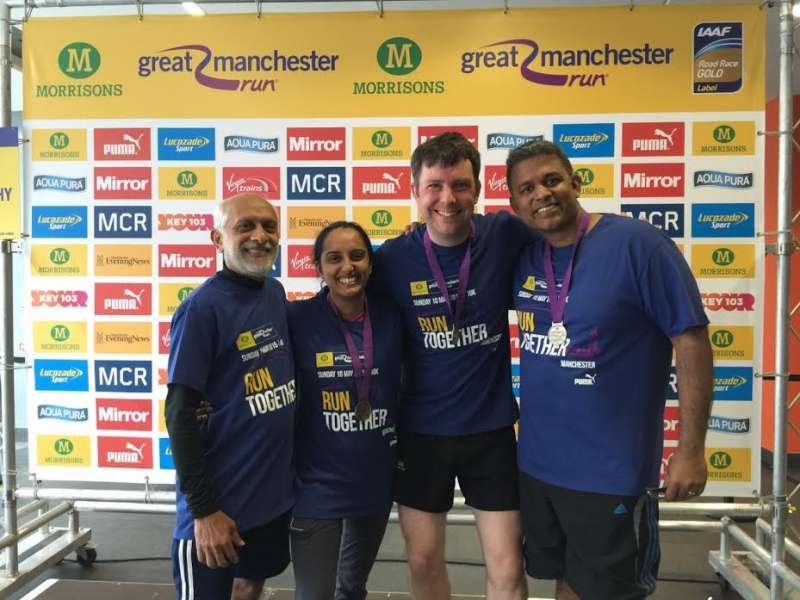 A sponsored walk organised by Manhar on behalf of Indian Association of Tameside raised £6500 for Prostate cancer in 2013 and last year £3600 for Christie, close to his heart after two of his friends were successfully treated there.