For some fashion designers, Hindi songs “distract” the audience and for some they don’t suit the mood of the collection….writes Natalia Ningthoujam 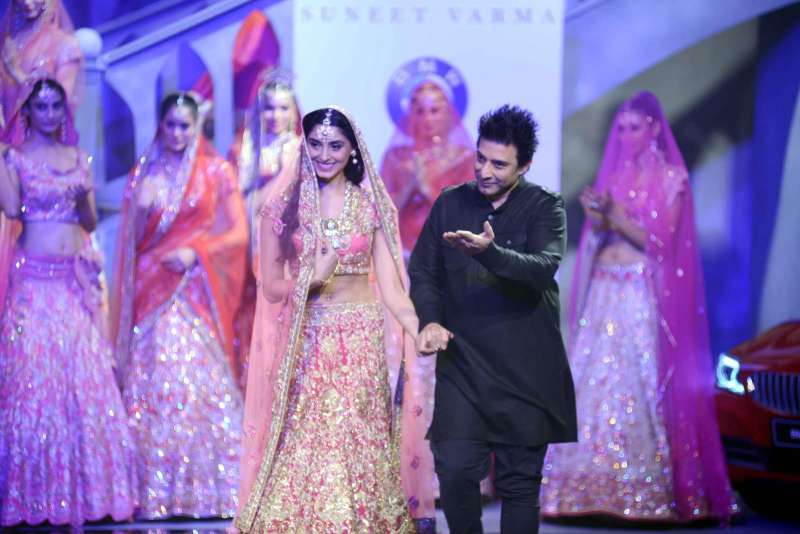 There’s instrumental music, jazz, original soundtrack, western classical, live and more, but Bollywood songs are increasingly being given a miss at fashion galas in India. For some fashion designers, Hindi songs “distract” the audience and for some they don’t suit the mood of the collection.

In the past, designers like Manish Arora, Rohit Bal and Nida Mahmood used popular Hindi film tracks much to the audience’s delight. But over the years, there’s a clear decline in the number of designers doing so.

Asked if there was any special reason for picking the song, Khosla told IANS: “We are told time and again by both society and the beauty industry that ageing is a baddie… That beauty is about the external. Lose your youth and looks and you will lose out on love. This was our way of saying it’s all nonsense. That we need to shed the stereotypes and the fear and insecurity. We loved the pace of the song and the spirit behind it.”

Why not use chart-topping Hindi film songs instead for fashion shows?

“Typically, we would create music that fuses Indian songs with Hollywood film soundtracks. We then approach a musician to create new music from the meld of the two. We love to tinker, tweak and reinvent both when it comes to couture and to our ramp playlist,” Abu Jani told IANS.

Designer Anushree Reddy, who selects music based on the theme of the collection, believes that Bollywood songs are “distracting and take away the attention from the collection, so most of the times I avoid choosing Bollywood tracks”.

“One can’t use a Bollywood song just because it’s one of the chartbusters or has no relevance to the clothes. However, if the clothes are dramatic and call for a Bollywood song, we would be very happy to use one,” Singhal told IANS.

For designer duo Gauri and Nainika Karan, whose label Gauri & Nainika specialises in evening wear ranging from cocktail dresses to elaborate bespoke gowns with a design philosophy that is distinctly feminine and European, western classical music or any other genre, apart from Bollywood, makes a perfect fit for their shows.

“Bollywood songs won’t go well with our creations as they are Europe-inspired,” said Nainika.

The idea of catwalking to the tunes of artists from across the globe gels well with Bollywood stars.

“Hence they try not to go the Bollywood way, so that the focus doesn’t shift from fashion. In fact, I prefer that they use no filmy songs so that the experience on the ramp is enhanced.”

Actress Taapsee Pannu says she has had a few designers who played her songs for her entry as a showstopper in their show, but generally they feel that “using the actor’s music along with the actor might take away attention from their garment”.

“Also, music sets an atmosphere for their collection which they want the audience to absorb… playing a blockbuster Bollywood track might disturb that aura. So, I don’t really mind my movie songs not being played if the designer prefers so.”