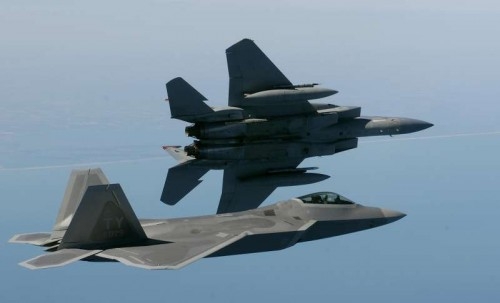 Local media reported  that the unidentified caller said that the Air France plane had a chemical weapon on board.

The FBI said in a statement that the military escort was ordered as a special precautionary measure after a “telephone threat” about which it gave no details, although the agency did say that there was never any risk to the plane’s passengers, reports Efe.

The plane landed safely at JFK, the passengers disembarked without incident and — after authorities searched it — the aircraft was pronounced to be free of danger, the FBI added.

Flight 22 had taken off from Charles de Gaulle Airport in Paris en route for JFK.

According to the ABC television network, four hours before arriving in New York, Maryland state police received an anonymous threat against the flight from an unidentified telephone number, and the caller mentioned the possibility that there was a chemical weapon on board the plane.

US authorities could not contact Air France and so the order was given for two F-15 fighters to be scrambled and to escort the flight until landing.

The military aircraft discretely observed the Air France flight and were never seen by the plane’s passengers or crewmembers.

The fighters did not land at JFK, and the commercial jet was taken to a location separate from the main terminal to complete the operation.

After the passengers disembarked, the plane was searched by Port Authority of New York and New Jersey personnel, who found no bombs or other weapons.