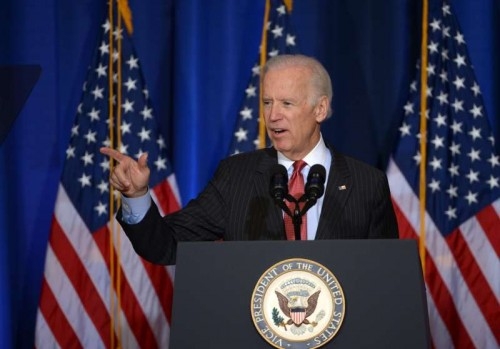 Beau Biden, the 46-year-old son of US Vice President Joe Biden, has died of brain cancer, according to media reports.

“Beau Biden was, quite simply, the finest man any of us have ever known,” CNN quoted his father as saying in a statement.

An Iraq war veteran, the eldest son of the US vice president has died, his family said in a statement.

“It is with broken hearts that Hallie, Hunter, Ashley, Jill and I announce the passing of our husband, brother and son, Beau, after he battled brain cancer with the same integrity, courage and strength he demonstrated every day of his life,” Joe Biden said.

Beau served as the attorney general of the US state of Delaware.

He was diagnosed with brain cancer in 2013, but after receiving treatment at the M.D. Anderson Cancer Centre in Houston, he was given a clean bill of health.

However, the cancer returned and Beau was pursuing aggressive treatment at Walter Reed National Military Medical Centre in Bethesda, Maryland, according to a statement from the vice president’s office.

US President Barack Obama issued a statement on Biden’s death.

Obama said he and his wife Michelle considered him a friend, and praised his public service and devotion to his family, Mail Online reported.