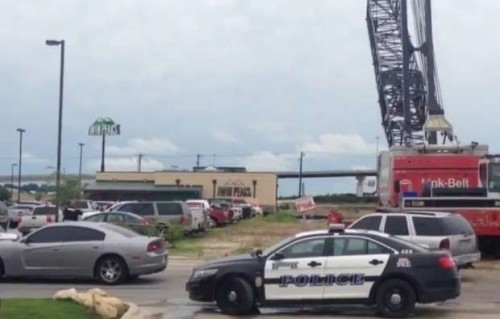 At least nine people were killed and 18 injured in a shootout between rival biker gangs in Texas’ Waco city, police said .

All the dead – eight of whom died at the scene, the ninth in a local hospital – were members of the rival motorcycle gangs.

The fight broke out in the Twin Peaks after an argument, with the brawlers spilling outside into the parking lot, police said.

Police official W. Patrick Swanton said members of at least three rival gangs were in the parking lot when the shooting erupted, but he did not provide the names of the gangs or the victims.

Police were on the scene when the shooting started and officers fired on some of the bikers to put an end to the clash, said Swanton, adding that the officers’ actions “saved lives” and prevented the clash from becoming even bigger.

Many officers and emergency medical teams were dispatched to the scene of the shootout, where law enforcement authorities found chains, knives, garrots, firearms and other weaponry scattered around the area.

Police said the condition of some of the injured, who were taken to local hospitals with knife and gunshot wounds, is such that more deaths may occur in the coming hours or days.

Some of the customers inside the two restaurants managed to hide in the freezers to protect themselves from the gunfire, the TV station reported.

After the shootout, the two restaurants closed and police arrested a number of people and questioned the people present.

One eyewitness, Michelle Logan, 37, told media that there were about 30 firearms in action in the parking lot and about 100 shots were fired in all.