A study that may shape poverty debate in presidential election in the US reveals that the majority of the poor in US are not jobless….reports Asian Lite News. 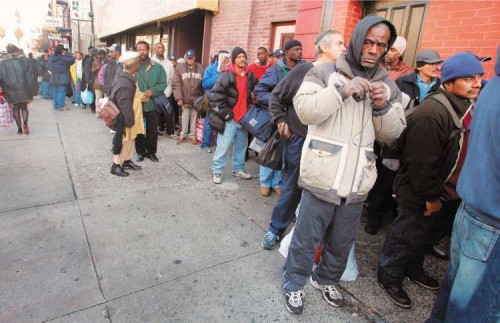 The results dispel the notion that most impoverished Americans do not work so they can rely on government handouts.

The study by sociologists suggests about 10 percent of working households are poor and households led by women, minorities or individuals with low education are more likely to be poor, but employed.

The study will have a big impact on the the upcoming presidential election as candidates often make loud claims to help the working poor move out of poverty.

“The toxic idea is if we clump all those people together and treat them as the same people, then we do not solve the real problem that the majority of people in poverty are working, trying to improve their lives and we treat them all as deadbeats,” said co-author S.R. Sanders from Brigham Young University.

Working poor is the term used to describe individuals or families who hold jobs but cannot break out of poverty.

The authors found the most useful representation is determined when a head of household works at least half time and the household income is below 125 percent of the official poverty line.

“Having a unifying line saying we are all measuring working poverty the same way is important before we can see how any changes or improvements are made,” the study said.

The study estimates that between 6.4 million and 8 million heads of families are classified as working poor, which is actually less than the US Bureau of Labor Statistics’ 2011 estimate of 10.6 million.

“But we have millions of Americans working, playing by the rules and they are still trapped in poverty,” Sanders said.

The study appeared in the journal Work and Occupations.