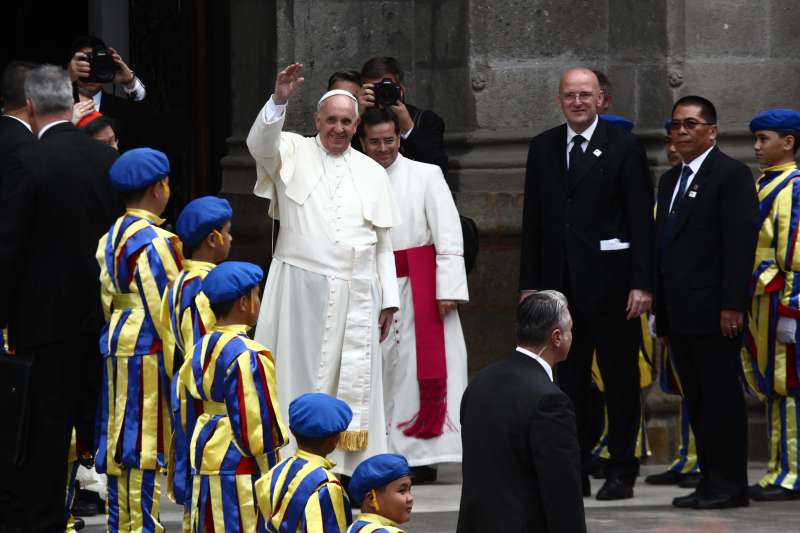 Pope Francis, in his annual Christmas homily, has warned the world’s 1.2 billion Roman Catholics against being “intoxicated” by possessions .

He called for more sobriety in a world obsessed by “consumerism and hedonism, wealth and extravagance”, BBC reported.

The Pope celebrated a Christmas eve Mass in St Peter’s Basilica in front of about 10,000 people on Thursday.

On Friday he will deliver his traditional Christmas message from the central balcony of St Peter’s Square.

Celebrating Mass, the Pope said Christmas was the time to “once more discover who we are”.

He called on believers to show the same simplicity as the child Jesus, “born into poverty in a manger despite his divinity” to inspire their lives.

“Amid a culture of indifference which not infrequently turns ruthless, our style of life should instead be devout, filled with empathy, compassion and mercy.”

Security was tight at the service with police carrying out spot checks in the area surrounding the Vatican.

Everyone who went into the basilica, the largest church in Christendom, had to pass through metal detectors.

The Pope, 79, used his homily to reflect the key themes of three years in office — mercy, compassion, empathy and justice.

“In a world which all too often is merciless to the sinner and lenient to the sin, we need to cultivate a strong sense of justice, to discern and to do God’s will,” he said.