A 8.3 magnitude earthquake struck off the coast of Chile on Wednesday evening, rocking buildings in the capital and sending people scurrying on to the streets. A tsunami alert was also issued, authorities said….reports Asian Lite News 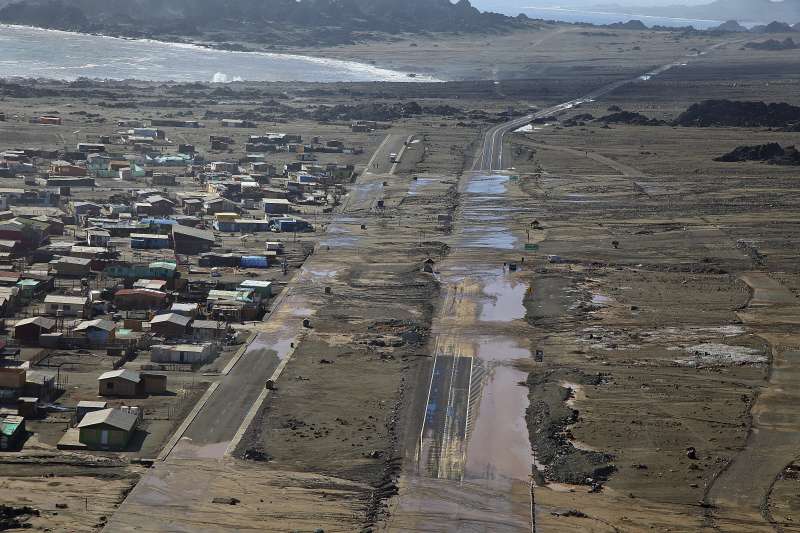 The epicentre was out at sea, 246 km from Santiago, Xinhua reported, citing the United States Geological Service.

Early reports indicate the earthquake occurred shortly at 7.55 p.m. local time at a depth of 10 km.

A tsunami alert was immediately issued by the Chilean interior ministry and by the US’ Pacific Tsunami Warning Center.

Chile and Peru are on high alert, although the alert was spread across a wide area reaching as far as Hawaii.

The magnitude of the earthquake was first reported at 7.2 by the University of Chile’s Seismological Service and later revised up to 7.7.

The USGS first reported the magnitude of the quake at 7.9 and revised it up to 8.3.

There have been no reports of damage or injuries in the minutes following the earthquake but Chile has dispatched its Minister of the Interior Jorge Burgos to the zone to investigate.

Weather channels urged people located along the coast to move inland in preparation for the tsunami. Initial estimates from them said that a possible tsunami would make landfall at around 9.37 p.m local time.

The earthquake was felt particularly strongly in the towns of Valparaiso and Coquimbo and lasted for approximately one minute, according to eyewitness statements in local press.

Videos posted on social media networks show the earthquake was felt as far as the Argentinean capital of Buenos Aires, about 1,368 km to the east of Chile.