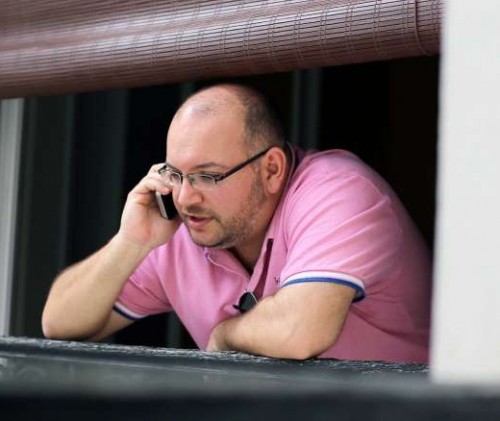 Jason Rezaian appeared before Branch 15 of Iran’s Islamic Revolution Court, IRNA news agency reported. The US journalist was accompanied by his wife Yeganeh Salehi and a female press photographer.

The charges levelled against Rezaian, a 39-year-old Iranian-American, include “espionage, collaboration with hostile governments, gathering classified information and disseminating propaganda against the Islamic Republic”, his lawyer Leila Ahsan was quoted as saying.

Rezaian could face up to 20 years in jail if convicted. He was arrested in July last year.

Rezaian’s wife, who works as a correspondent for the United Arab Emirates-based daily The National, and the female photographer were also arrested alongside him but were released on bail in October last year.

“No evidence has ever been produced by prosecutors or the court to support these absurd charges. The trial date was only disclosed to Jason’s lawyer last week. And now, unsurprisingly but unforgivably, it turns out the trial will be closed,” a statement issued by the US daily’s executive editor Martin Baron said before the trial began.