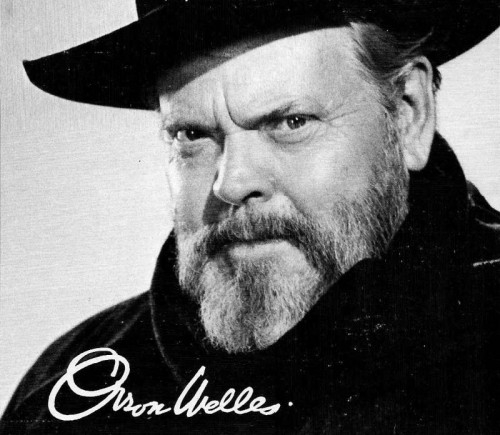 Experts from the University of Michigan have said that they had found an unfinished personal memoir of celebrated filmmaker Orson Welles, Efe news agency reported .

The draft was found among the possessions of the late filmmaker that the university acquired in Croatia from his companion of 24 years, Oja Kodar.

“One of the interesting new additions of this recent acquisition is an unpublished memoir that Orson Welles had been working on,” said the curator of the university’s Screen Arts Mavericks and Makers Collection, Philip Hallman, on Thursday.

Welles, best known for directing the classic “Citizen Kane”, gave the memoir the working title “Confessions of a one-man band”.

The boxes acquired by the university also contain unpublished photographs, personal messages, letters and scripts, which it will add to its already extensive collection of Welles’s works.

“Having an opportunity to look at him as a father, as a husband, as a friend, you get to see what was happening behind the scenes, including the struggles and the missed opportunities and the agony that he was experiencing. It doesn’t appear to be anywhere near a final draft, but that doesn’t mean that it won’t be important to scholars or researchers,” said Hallman.

“There’s a lot of evidence that we’ve found that explains why he didn’t, or couldn’t, finish some of his projects,” he added.

Kathleen Dow, archivist of the special collections library, expects that it will take around five months to process the new material before it is made public.

The discovery is significant as the centenary of Welles’ birth (May 6, 1915) falls in this year, as does the thirtieth anniversary of his death (Oct. 10, 1985).

“The Other Side of the Wind”, which the filmmaker shot between 1970 and 1976 but never finished due to financial problems, will be released this year.