US authorities have found evidence that a gunman who killed four Marines and fatally wounded a navy sailor in Tennessee followed a radical American member of the Al Qaeda online, media reports said. 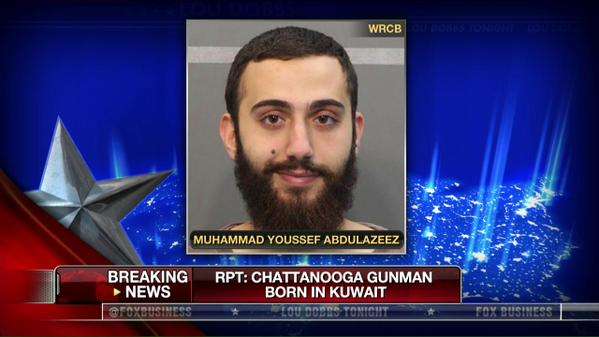 The ABC TV network quoted an anonymous source familiar with the investigation as saying that Muhammad Youssef Abdulazeez, a 24-year-old naturalised US citizen originally from Kuwait, did online research in 2013 for militant Islamist “guidance” on committing violence.

Abdulazeez’s personal diary uncovered earlier by investigators indicated that the author was suicidal and displeased with the US government, especially on its war on terrorism.

However, so far there has been no evidence that Abdulazeez, who his family insisted was deeply troubled and mentally ill, was either inspired or directed by extremist group Islamic State.

On Monday, a friend of Abdulazeez told TV network CNN that Abdulazeez did not approve of the killings by the IS and said the group was “doing wrong”.

In the shooting spree at two Chattanooga military facilities in Tennessee last week, Abdulazeez killed four Marines and wounded a navy sailor who died later. Abdulazeez was shot dead during confrontation with police.

The shooting came at a time when the US authorities were becoming increasingly concerned about threats posed by domestic IS sympathisers.

Given the looming danger posed by possible domestic attacks, the US military in May announced that the security status at domestic military bases was raised to “Force Protection Bravo” — a level defined by the US military as an “increased and predictable threat of terrorism”.

The Defense Department has said the general security level has not been raised at military installations around the country. However, it warned individual station commanders to take extra precautions at their discretion, Xinhua reported.