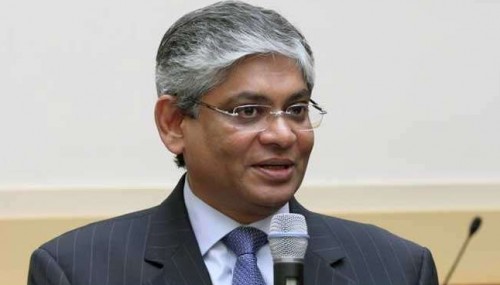 A number of lawmakers attended the reception organised in association with bipartisan Congressional Caucus on India and Indian Americans, the largest country-specific caucus in the US congress.

Leaders of the Indian American community from across the US a well as the think tank community and academia also attended the event.

In their welcome remarks, both Royce and Engel spoke warmly of Singh’s contribution in promoting India-US relations.

Welcoming Singh, who has previously served as deputy chief of mission here, back to Washington DC, Royce reiterated his commitment to promoting India-US ties. Engel called India and US as ‘natural partners’ with common strategic and geo-political outlook.

The lone Indian Congressman Bera called the relationship ‘non partisan’ and recognized that the diaspora brings vibrancy to the bilateral ties.

Singh thanking the leadership of the House committee and the Caucus on India and Indian Americans, noted the important contributions made by the Caucus to bring the people and governments of the two countries closer.

He described the bipartisan support for India-US relations in the US Congress as a source of strength for the India-US strategic partnership that now spans almost all dimensions of human endeavour.

Founded in 1993 by Frank Pallone and Bill McCollum, the bipartisan Congressional Caucus on India and Indian Americans is the largest single country Caucus in the House of Representatives.