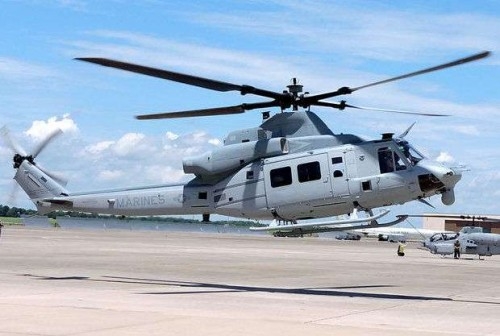 More than 60 hours after it was reported missing, a search and rescue mission recovered the debris of a US helicopter that crashed in the mountainous terrain of Nepal.

The UH-1Y Huey helicopter, which carried six US Marines and two Nepali soldiers, was found on the northern slope of Kalinchowk hill in Dolakha district, e-Kantipur reported.

No survivor has been reported.

The chopper was deployed for search and rescue mission to Dolakha, one of the districts hit hardest by the series of quakes that have rocked Nepal since April 25.

The helicopter went missing in the hours after the second quake.

Although the cause of the crash is not yet known, a nearby Indian helicopter heard radio chatter about a possible fuel problem, said Steve Warren, a US Army colonel.

The marines had been working in the vicinity of Charikot, a village that has been hit hard, a spokesman for the US Pacific Command said.

The helicopter had been flying from Kathmandu airport as part of the US Operation Sahayogi Haat, which means “helping hand” in Nepali reported BBC.

More than a dozen US military aircraft have been deployed to help carry out deliveries to areas cut off by the earthquakes.

Two Nepalese army helicopters were deployed in the search for the missing UH-1Y Huey helicopter, as well as 400 troops on the ground.