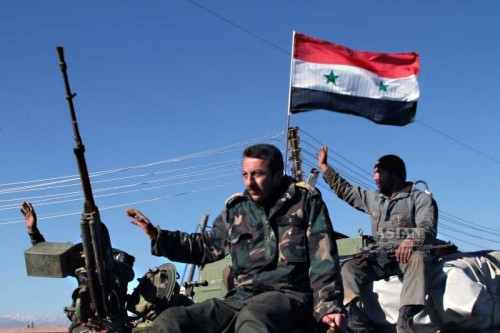 At least 170 Islamic State (IS) militants have been killed since Sunday in airstrikes carried out by the US-led international coalition in addition to Kurdish attacks in the Syrian northeastern province of al-Hasakah, Kurdish officials said on Tuesday.

Naser Haj Mansur, spokesperson for the defence department in the Kurdish autonomous region of al-Jazira in al-Hasakah, said that “between 170 and 200 IS members were killed in coalition bombings and in attacks of the Kurdish forces and Christian militias on the ground”.

However, the Syrian Observatory for Human Rights, or SOHR, said the majority of jihadists were killed in the air strikes, as the Kurdish troops merely “searched” the territory after the air raids.

The Pentagon, which typically provides casualty figures, did not confirm the information.

Mansur added that the attacks occurred on the outskirts of the town of Tel Tamr, where IS fighters have been clashing with Syrian Kurdish militias and their allies since February.

The Kurds made progress on Tuesday, taking control of the town of Talon, south of Tel Tamr.

However, Mansur added that there were still a dozen villages in the hands of IS in the southern outskirts of Tel Tamr, despite the siege by the Syrian Kurdish militias.