At least 60 people, including army and police personnel and civilians, were killed in a series of suicide attacks and bombings on several security checkpoints in Egypt’s northern Sinai Peninsula, security officials said….reports Asian Lite News. 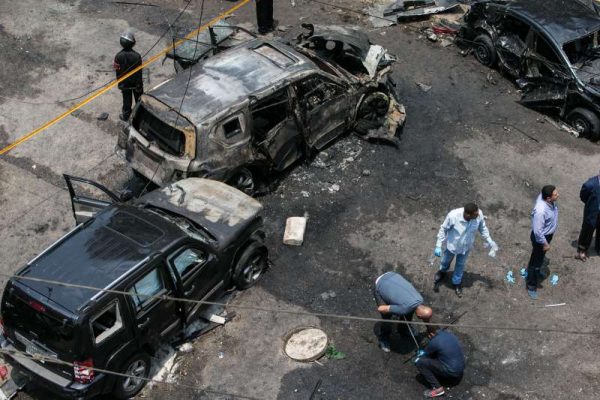 Officials confirmed that a suicide car bomb exploded at a checkpoint in the Abou Rifi area in Sheikh Zuweid, while another terrorist cell attacked a police station in Arish, the provincial capital of North Sinai, along with other security posts.

The Wilayat Sina terrorist group, which previously pledged fealty to IS, claimed responsibility for the attacks via an Internet statement: “The caliphate lions attacked simultaneously over 15 positions of the apostate army.”

The terrorist group also announced that its members took full control of several positions, according to the statement that also confirmed clashes were going on.

Egyptian authorities declared a high alert in government and security facilities as well as hospitals, and dozens of ambulances were sent to the conflict zone.

Wednesday’s series of attacks came two days after the assassination of Egyptian Attorney General Hisham Barakat in Cairo, while other minor attacks were reported in the past 24 hours around the capital.