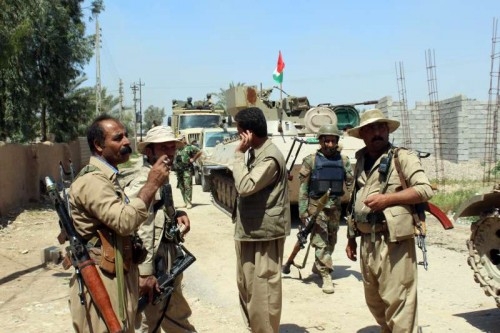 Iraqi militias have begun mobilising towards the predominantly Sunni Anbar province in a belated effort to push back terrorists of Islamic State, which seized the region’s capital city, media reported.

“We invite our people in Anbar to remain steadfast and hold their ground as reinforcements from your brothers in Hashd al-Shaabi are coming,” the Guardian quoted Iraqi defence ministry as saying. The Hashd is a conglomerate of fighters including mainly Shia militias and pro-government local Sunni fighters who have taken up arms against IS.

On Sunday IS said it established full control over Ramadi, the capital of Anbar, Iraq’s largest province. It is the second provincial capital to be taken by IS since Mosul was captured in a lightning offensive last June. Ramadi’s fall represents the biggest defeat since then for the government in Baghdad.

About 500 people have been killed in the fighting for Ramadi in recent days and between 6,000 and 8,000 have fled, a spokesperson for the provincial governor said.

The US-led coalition against IS launched seven air strikes targeting the group in Ramadi on Sunday, signalling growing alarm at IS’s surge in the area.

Anbar is particularly symbolic because the precursor to IS was ousted from the region by local Sunni tribes with American backing, in what was known as the Anbar awakening.

After being slow to respond to requests for reinforcements, the government has asked the militias to intervene as they led a successful campaign to remove IS from Saddam Hussein’s home town of Tikrit.

“We are not going to watch as IS expands,” said Karim Nouri, a spokesman for the Hashd and the Badr Organisation, the most powerful militia in Iraq.

The Hashd has been preparing for an Anbar operation since Tikrit was retaken, but Nouri blamed the dithering of politicians and a media campaign against the militias for the delay in mobilising.