The Israeli government has voted in favour of adopting a bill which allows authorities to force feed security prisoners on hunger strike. 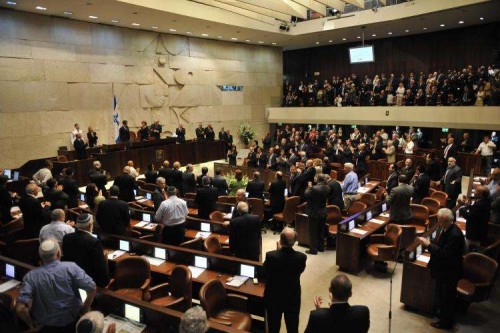 According to the bill, authorities can force-feed prisoners on hunger strike through intravenous infusion or a feeding tube if their lives were in jeopardy, even if it was against their wishes, Xinhua news agency reported.

It specifically applies to Palestinians serving time in Israeli jails for security-related offences.

According to the Israeli Prison Service, there are around 5,000 Palestinians serving prison terms in Israel.

The purpose of the bill is to prevent Palestinian prisoners from attaining any leverage on authorities with their causes and hindering any Palestinian uprising in cases of prisoners’ death as a result of the hunger strike.

The bill, adopted by the government, would now move on for discussion and more rounds of voting by the Israeli Knesset (parliament), the legislative body.

“Security prisoners are interested in turning hunger strike into a new kind of suicide bombing through which they can threaten the state of Israel,” Public Security Minister Gilad Erdan, who promoted the bill, said after Sunday’s vote.

“We will not allow anyone to threaten us and let prisoners die in our prisons,” he added.