Indian Muslim Board to launch a national campaign against imposition of Brahminical culture….reports Asian Lite News 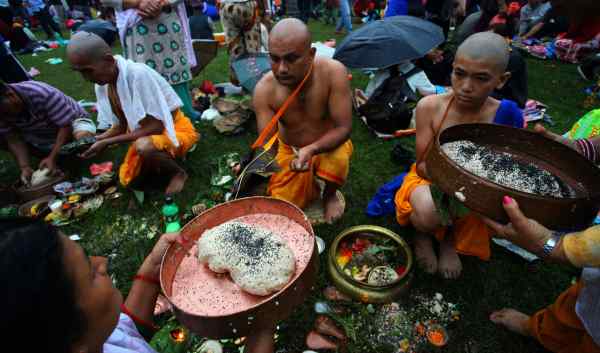 The All India Muslim Personal Law Board, the apex body of Indian Muslims, has decided to launch a nationwide campaign against attempts by the government to impose Brahminical culture and vedic dharam.

Voicing concern over the threats posed to the religious and cultural identity of minorities and other groups, the board announced the launch of the ‘deen aur dastur bachao’ (save religion and constitution) campaign.

The board has also involved other minority groups and organisations from the depressed classes in the campaign.

Stating that an “alarming” situation was prevailing in the country, AIMPB general secretary Moulana Sajjad Naomani told a news conference here on Saturday that the attempts to impose a Brahminical social order and rituals like yoga, surya namaskar and Vande Mataram were against the Indian Constitution.

“This is not bothering just Muslims but also all other social and religious units. As the largest minority, the board took up the responsibility to take all along and launch a movement to save our faith and constitution,” he said.

As part of the campaign public meetings, seminars and symposiums would be organised to bring about public awareness and to demand implementation of the constitution in letter and spirit.

The board also plans to wage a legal battle by challenging the imposition of Brahminical rituals. It will also challenge in the Supreme Court the orders of the Madhya Pradesh and Rajasthan high courts, which ruled that rituals like surya namaskar should be optional.

“Even optional is against the constitution. Imposing culture of a particular community on all is not fair,” he said.

When asked if the board would also make a representation to the prime minister or home minister, he said this was not on their agenda for now.

Naomani said it is shameful that Prime Minister Narendra Modi says one thing and then does something else.

“We have no objection to what he is saying. What all he is saying is good but there is so much difference in what he says and what he is doing. Our movement is against his actions not his statements,” he said.

“Muslims can never compromise on their faith come what may. The community is disturbed with the developments,” he said while pointing out that India is a secular democratic country and the constitution guarantees religious freedom.

Naomani said some forces were bent upon distracting the community from its fundamental faith and way of life. He cited examples of large scale changes in the education system and changes in the syllabus of schools and colleges.

The board leaders claimed that efforts were being made to amend the laws, which may affect Muslim personal laws.

“The communal forces are upbeat with the support of people at the helm of affairs. The growing communalism is not only a danger to the Muslim community but also to other religious, cultural and social groups. This communalism will hamper the growth and well being of the people,” the board said.