Many flight attendants have failed to maintain the weight requirements which are prescribed by the aviation regulator, the Directorate General of Civil Aviation. 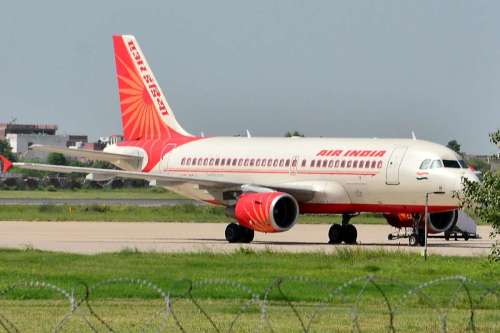 Some of them may be assigned ground duty, while others could be offered voluntary retirement, Air India sources said, says a Daily Mail Online report.

AI had given an opportunity to around 600 overweight cabin crew members last year to lose weight within a stipulated time frame to continue flight duty following the DGCA’s guidelines to ensure that no overweight or obese person continued as a flight steward or as an air-hostess, the report adds.

Of these 600 cabin staff, around 125, including air-hostesses, have failed to maintain the required Body Mass Index (BMI) or weight standards in the prescribed period.

Sources said the airline had no option but to take them off permanently from flying duty, according to Daiy Mail Online report.

The state-run airline currently has 3,500 cabin crew staff, of which 2,200 are permanent employees and the rest are on contract.

Based on periodic medical reports, the cabin crew would have to be categorised by designated doctors as ‘fit’, ‘temporary unfit’ and ‘permanent unfit, according to the guidelines.

According to the regulations, a cabin crew member found overweight is deemed ‘temporarily unfit’ and given three months to reduce weight.

A cabin crew can continue with flying duty for up to 19 months with the temporarily unfit tag, but if he or she fails to reduce weight to meet the required BMI during this period, he or she will be deemed ‘permanently unfit’.

These employees had already availed 18 months time to meet the required BMI but had failed to do.

Because of this, the airline was left with no choice but to replace them, sources said