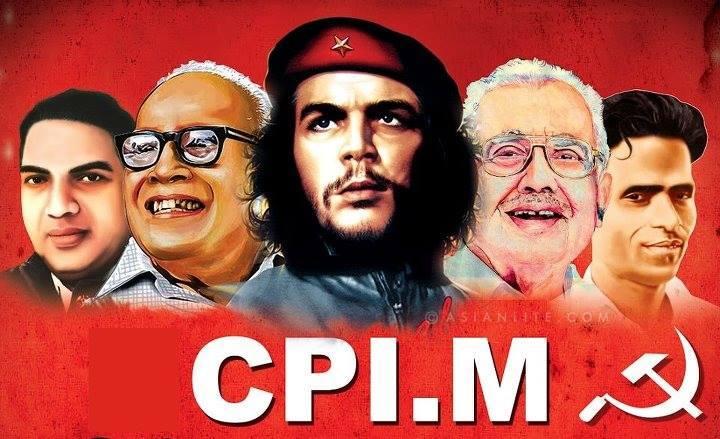 It will not be an overstatement to say that the forthcoming plenum of the Communist Party of India-Marxist (CPI-M) in Kolkata will decide not only the fate of the party in the coming days but also the existence of the Left politics.

That the CPI-M has been forced to call the plenum 36 years after the last – and theoretically disastrous – one held in Salkia (Howrah/West Bnegal) in 1979, is sufficient proof that the party is in a deep crisis and is groping in the dark for charting a new course.

Still, there is no indication that the party will be able to tide over the follies of the 1979 plenum, which had actually opened the floodgate of entry into the CPI-M of riff-raff elements that were completely devoid of any kind of initiation in communist thought. Moreover, the CPI-M is still suffering the legacy of the personalized and less-than-democratic leadership represented by Prakash Karat and his ilk.

In the 21st party congress in Visakhapatnam last April, Sitaram Yechury, the incumbent general secretary, had in fact tried to present a different policy and programme. That his model gained immediate and wide acceptance is a pointer to the need of a reappraisal being felt by the party rank and file.

But the ignorance of the party leadership in unbelievable. P. Karunakaran, the CPI-M leader in the Lok Sabha, is still at a loss to understand why his party is unable to fill up the space created by the continuing weakening of the Congress or why the BJP at the centre and regional parties at the states are pushing the CPI-M towards irrelevance. He is also worried about dwindling membership in various frontal organizations of the party.

Karunakaran’s statement is a classic case of self-deception, a deadly virus which has affected a great section of the party leadership. The actual reasons for the CPI-M’s irrelevance lies in ossification of its ideology, a belief in the largely-rejected theory of the dictatorship of the proletariat, rampant factionalism, corruption and cultivation of mediocrity as was witnessed in West Bengal, the party’s biggest laboratory for various experiments.

The National Election Studies (NES) provides an analytical picture of the Left’s electoral standing in present-day India. In the 2014 parliamentary elections, the Left as a whole, which includes not just the CPI-M but other like-minded parties CPI, Forward Bloc, RSP and the like, won 12 seats (of the Lok Sabha’s 543-elected seats) but commanded only 4.8 percent votes of the country – as against 10.6 percent in 1989. Since 2004, when the Left bloc had won 62 Lok Sabha seats, its share of votes came down by more than half in 2014. Most importantly, there are no more any signs of Left influence in states like Bihar, Andhra Pradesh and Punjab, where the bloc previously had a good support base.

It is to be remembered here that 2004 was the high-water mark of Left politics in its traditional strongholds of the three states. Its performance in the rest of India in the same year points out that Sitaram Yechury and his comrades in the CPI-M and other Left parties can write off states other than West Bengal, Kerala and Tripura. Even in West Bengal, the Left parties are in shambles. This is because the bloc’s near absence at the all-India level has told upon its fortunes in West Bengal.

The Left is steadily losing its traditional voter base. So long, this hovered around 7 to 10 percent of total voters. In 2014, the figure came down to less than three percent. In 2014, less than five percent of skilled and service workers voted for them. Among agricultural labourers, less than three percent voted for Left candidates. This should cause consternation among Left leaders that in West Bengal, the Trinamool Congress had a 10 percent lead over the Left parties among skilled, semi-skilled urban workers and agricultural labourers.

For the CPI-M, the revival of party fortunes will be extremely difficult, even in West Bengal. Its dwindling strength has helped Mamata Banerjee leave the Left behind in the national political arena as well. Obviously, the CPI-M has lost credibility by speaking against neo-liberalism and at the same time following neo-liberal economic measures, whose main proponent was former chief minister Buddhadev Bhattacharjee.