If there was ever a competition for uniting 20 million citizens of India’s national capital, Delhi Chief Minister Arvind Kejriwal will emerge as a winner without a murmur or dissent….writes Sanjiv Kataria

It’s astonishing the way Delhi-ites have banded together to oppose the Aam Aadmi Party government’s odd/even formula for private vehicles that aims to restrict road traffic and address the poor quality of air in the national capital.

Neighbours are shedding their snobbery to ask for advice on how to handle the odd/even dilemma. I have happily started accepting customer appointments at all hours in a bid to make up for the potential business dip as I leap into 2016.

Most people with multiple cars I have met since the announcement was made on December 4 either have number plates that are all evens or all odds. “We sold our only odd numbered car just a few weeks ago,” said a friend during Sunday lunch at the Club. A cousin who has a fleet of cars ending with 777 too was disappointed.

On a serious note, the manner in which the move has been mocked at, arguments advanced and exceptions sought shows the apathy of a typical citizen to the real problem of the gas chamber we live in. Tens of thousands of Delhi’s citizens – young and old – suffer from bronchial problems caused by inhaling polluted air.

The Kejriwal government’s move comes on the back of a series of directives by the Delhi High Court, which took note of the high levels of air pollution, especially suspended particulate matter (SPM) that can put citizens at the same risk level as those engaged in hazardous industries such as asbestos, mica, coal and bauxite mining. To be fair, the Delhi government has also taken other measures such as ordering the closure of the Badarpur and Rajghat thermal power plants that emit particulate matter above the permissible limits.

Significantly, citizens don’t mind investing in costly air purifiers, yet are averse to participating in a drive to reduce cars on the road and tackle pollution at its root.

It is a pity that in this debate about odd-even license plate being allowed to ply on alternate days very little is being done to educate citizens about lung health. “We as Indians are more vulnerable to chest problems. Existing pollution levels will aggravate the situation if not checked by imposing tough measures,” Dr. Arvind Kumar, a well-known chest surgeon at Sir Ganga Ram Hospital, said recently. 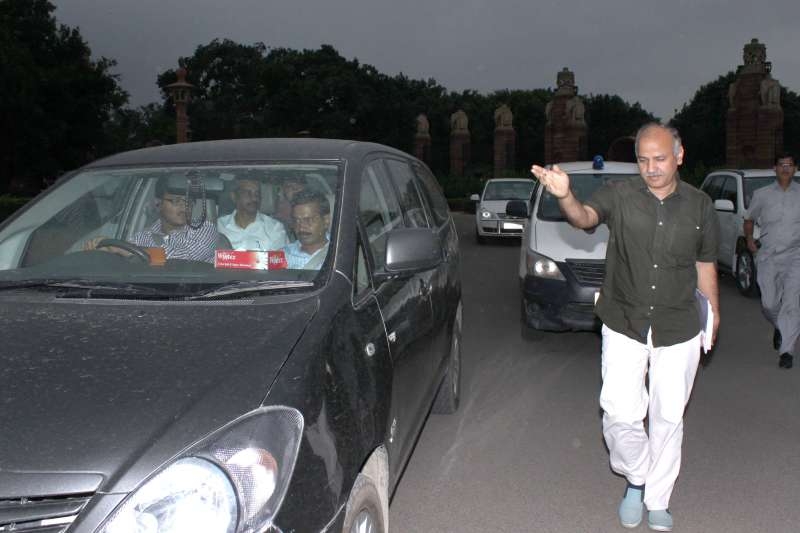 Dr. L.M. Darlong, a thoracic surgeon at the Rajiv Gandhi Cancer Institute & Research Centre, said that as citizens, we need to do everything to support any move to improve the lung health of Delhi-ites.

Delhi has been a frontrunner in promulgating moves such as promoting the use of compressed natural gas (CNG) for its public transport buses and fleet of over 100,000 auto rickshaws. But haphazard commercial and residential real estate growth, exponential rise in new cars on the road (1.8 lakh new cars were added in Delhi in 2014-15 to take the total registered cars up to 28 lakh) have blown away the green cover advantage of the city. Taxi aggregators too have exacerbated the problem by taking far too long to conform to both Delhi government and high court orders to stop using vehicles that run on diesel.

The alarming pollution levels certainly need tough action. It’s a pity that the National Green Tribunal’s decision to ban trucks, older than 10 years, in the city met with such a public outcry that the order rests in suspended animation.

Fortunately, the Delhi High Court on Wednesday refused to entertain a public suit that sought to stay the government’s decision to restrict the number of private vehicles on roads on the basis of the odd-even number of their licence plates from January 1.

Long-term measures are certainly needed. The Chief Justice of India, T.M. Thakur, who urged his colleagues to be open to the idea of car pooling last week, came down heavily on the civic agencies on Thursday (December 10), asking them to shed ad hoc decision-making. The Supreme Court has advised the civic bodies to work together and jointly address the problem in phases – short, medium and long-term.

Given the seriousness of the situation, it is time for all Delhi-ites to stop expressing doubts and stop whining about the odd-even formula. Similar plans might have failed elsewhere in the world, but there’s no reason why it cannot work – despite the lack of infrastructure – if Delhi-ites unite and carry it forward.

We have nearly three weeks to plan meticulous execution by bringing all players on the same page with respect to their role and responsibilities.

If we have given the mandate to Kejriwal to lead the government in Delhi, it is our responsibility to strengthen his hands by making the plan work. If we share the city and its air that we breathe in, shouldn’t we share our responsibility as citizens to reduce pollution?

If society can stop being so argumentative, we may well be on our way to setting benchmarks for the rest of India to help reduce pollution.