There are still “difficult issues” to be resolved in nuclear talks with Iran, US Secretary of State John Kerry said. 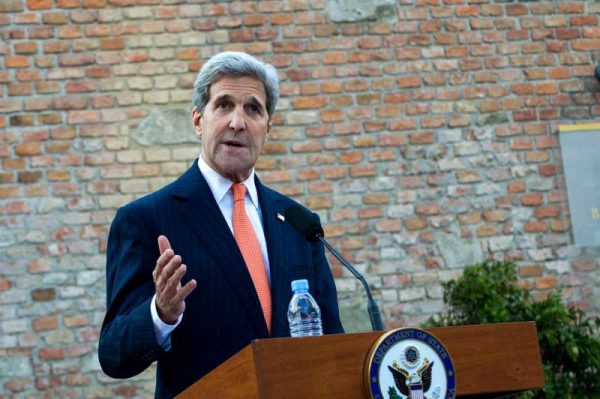 The top US diplomat made the remarks on a Twitter post after meeting with his Iranian counterpart, Mohammad Javad Zarif, for 90 minutes.

Zarif and Kerry resumed talks in the Austrian capital, Vienna, in a bid to iron out the remaining disagreements over a final deal on Tehran’s nuclear programme.

The top diplomats met as talks entered their 15th straight day in Vienna.

Kerry told reporters on Friday progress has been made in negotiations between Iran and the P5+1 group of countries. “I think we have resolved some of the things that were outstanding and we’ve made some progress.”

Zarif, the Iranian foreign minister, told Press TV on Friday that the negotiations would continue through the weekend after two self-imposed deadlines lapsed.

“We’re making progress. It seems we are staying here for the weekend. We’re working,” he said, adding, “We’re not there yet”.

This round of negotiations in Vienna, which has capped two years of international talks, was seen as the last push to resolve the West’s 13-year nuclear standoff with Iran.

British Foreign Secretary Philip Hammond is expected back too, but it is still unclear when the Russian and Chinese foreign ministers would return for the talks.

Hammond earlier echoed Kerry’s assessment of the nuclear talks. “There are still some issues that have to be resolved,” he said on Friday.