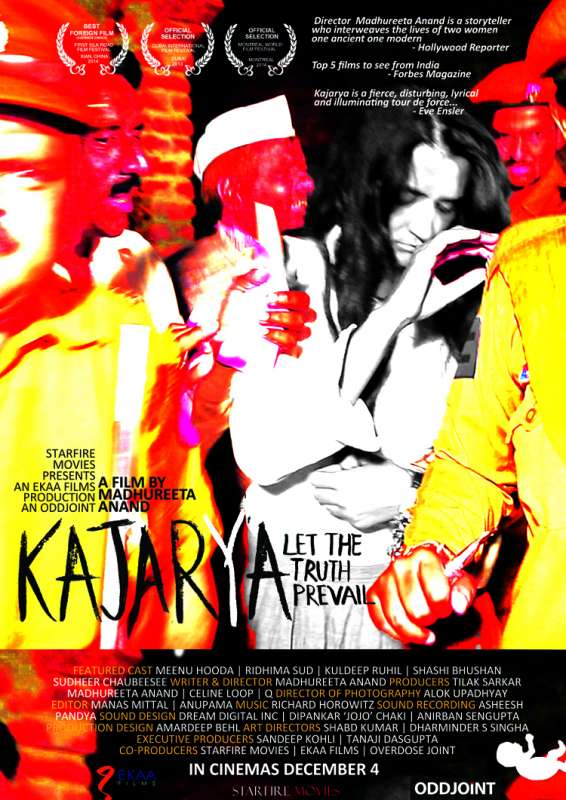 Filmmaker Madhureeta Anand, who made a deep study of female infanticide in the country in her film “Kajarya”, says she was surprised that the practice is more rampant in cities than in villages.

For years, the issue of female infanticide has plagued society, but of late, whether it’s television shows, social campaigns, activists, actors or films, voices have been raised against it. Anand, whose first film was “Mere Khwabon Mein Jo Aaye”, is herself happy that women are no longer reticent to talk about issues as grave as infanticide.

“The women really have a lot to say, but building trust (within them) is a part and parcel of the job. I think when people face this problem, they know it is a problem. They do not deny it. They might say that you are exaggerating it, but they won’t deny it because it is an issue in their faces,” the 42-year-old said.

To spread awareness about female infanticide, Anand even hosted special screenings of “Kajarya” in a few villages across north India. She wanted her 125-minutes- long movie to be watched by screenings for women who have been privy to the social evil.

In fact, Anand also tied up with NGOs like One Billion Rising, Sangat and Action Aid to spread the message in villages particularly. She said that it was a way to “use the film as a tool for emancipation and social change”.

The movie tells the story of two women from different backgrounds, wherein one lives in a village and has the job of killing the baby, while the other is an opportunistic journalist from New Delhi. Actress Meena Hooda plays the former role, while Ridhima Sud is cast as a journalist.

“Kajarya” was premiered at the Dubai International Film Festival in 2013, and travelled to several other movie extravaganzas, evoking strong reactions.

Asked about the importance of international film festivals as many Indian films have taken to premiering at such platforms — be it “Masaan” , “The Lunchbox”, “Margarita With A Straw”, “Dhanak” or “Titli” — Anand shared that it is “a sad reality, but in India we like the stamp of foreigners”.

“With films also, we somehow don’t trust our own judgement. So, that stamp of quality helps, but the second really good reason to take ‘Kajarya’ abroad and what really helped me was that I showed it to so many audiences, and I got feedback for it,” she said.

The film will be up for judgement by the Indian audience on December 4.