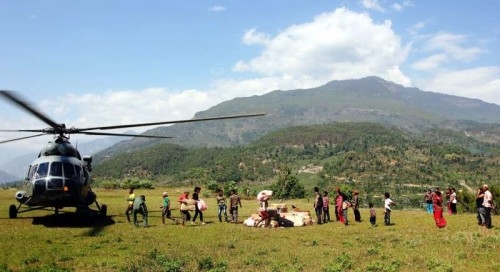 More avalanches in Nepal’s Langtang valley have hampered the search for 300 people, reported missing in the area since the April 26 earthquake, an official said.

“Search and evacuation are impossible there until weather improves,” Rimal said, also warning of the danger faced by some 200 people, sheltering in the Kyanjin Gompa Buddhist monastery since April 25.

The numerous earthquake survivors sheltered there since their villages were destroyed “are in need of emergency evacuation” before the threat of fresh avalanches.

In Rasua district, where Langtang is located, the earthquake killed at least 463 people, including nine foreigners.

Authorities estimate that around 300 people, including 100 foreigners, remain missing in the region, a popular tourist destination and one of the worst-affected by the earthquake.

According to latest official figures, the earthquake, which devastated several regions of Nepal, left at least 8,019 people dead and 17,866 others injured.

It is being called the worst in Nepal’s recent history and one of the most powerful in the region since an earthquake in Kashmir in 2005 killed more than 84,000 people.