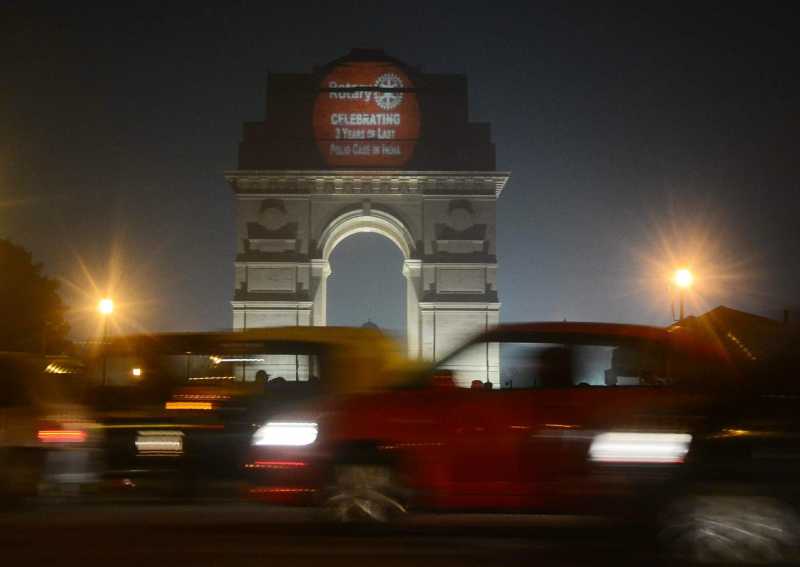 I was on the third floor balcony of a friend’s apartment in Mehrauli, Delhi’s first city. It had a commanding view of green, lush foliage stretching upto the railway tracks where the Delhi Metro glides past at frequent intervals.

“And that on your left is the Qutub Minar,” said my friend proudly, pointing towards dark spaces. “Where?” I asked. “There, right there,” he insisted. There was only darkness on view.

The residence of the Indian ambassador in Paris is much valued because it has a fabulous view of the Eiffel Tower. Illuminated, the 126-year-old tower is one of the world’s great sights. Likewise, the illuminated Big Ben in London, only 157 years old, is a great view. The Qutub is 900 years old. It is among the world’s highest towers.

It turns out that Archaeological Survey of India (ASI), which keeps a supervisory eye on all the monuments in Delhi (and in the rest of the country), has left the illumination of monument to the devices of the local tourism departments. These departments may, if they like, give the contract for illuminating say, the Purana Qila, to Philips or Bajaj.

Lighting systems will be installed, even initiated. Passersby will have a great sight transiting from Old to New Delhi and the other way around. But soon enough bulbs will be stolen, sometimes with connivance of the security staff, and within a week Purana Qila will be shrouded in darkness once again.
Safdarjang’s tomb, the Lodi tombs – name them, the same story.

In this fashion, there are 175 monuments in Delhi which should, at least on paper, be illuminated. In reality, they are not. The New Delhi Municipal Council, which covers Lutyen’s Delhi, has notified 800 monuments which, in my limited comprehension, means something short of lip service.

Someone from Nizamuddin West has drawn my attention to builders encroaching on Atgah Khan’s tomb. One may have been persuaded to take a casual view of a lesser monument. But what is involved here is the tomb of Emperor Akbar’s key adviser during the earlier part of his reign.

Delhi Golf Club members were unaware of the importance of the red sandstone tomb in the club precincts close to the Zakir Hussain Marg. The late Bikram Singh, a friend and senior member of the club, framed an article I had written on the monument for The Statesman and hung it in the main bar. It evoked great interest.

Members realised for the first time that the tomb was that of a lady who would have enjoyed being at the club – Lal Kunwar. She was something of a favourite in Muhammad Shah Rangila’s court.

What distinguishes her even more is the fact that her brother Niamat Khan and nephew Feroz Khan made seminal contribution to Hindustani classical music. In the musical fraternity they are known as Sadarang and Adarang whose compositions form the backbone of, say, Bhimsen Joshi, Malikarjun Mansoor, Gangubai Hangal’s singing. Listen carefully, and names Sadarang and Adarang pop out of the compositions at every Hindustani Sangeet concert.

The tragedy is that in the Son et Lumiere script at the Red Fort, no mention is made of Sadarang and Adarang. Lal Kunwar is a courtesan; her brother and nephew come across as pimps.

All of this betrays ignorance, of course, but it also betrays disrespect. Qutub Minar being kept in darkness because of non-payment of electricity bills by the ASI or the Department of Tourism is an absolute disgrace. But what is sinister is something else: the government’s definition of what is “our” heritage. Only that which is “ours” deserves to be seriously considered for preservation.

One would have been tempted to place a general aversion to monuments from the Muslim period at Narendra Modi’s door, had this streak not been quite as pronounced during long spells of Congress rule.

In his very first speech in parliament, Modi lamented 1,200 years of foreign “ghulami” or “serfdom”. So far the Congress talked only of 200 years of foreign rule but that was with an eye on the Muslim vote. Now that the Congress has more or less given up on the Muslim vote, the BJP and the Congress are on the same page on most social issues. It would therefore be wrong to expect Eiffel Tower like illuminations at the Qutub or any of the wonderful monuments Delhi is saturated with under politically altered circumstances.

The government showed its hand most unambiguously in May. UNESCO had shown interest in placing Delhi for World Heritage City Nominations. UNESCO has listed 220 world Heritage cities. Of these not one is Indian. There are four Chinese cities on the list.

For five years, A.G.K. Menon, Convenor, INTACH, Delhi Chapter, and a host of others prepared two dossiers – one for Lutyen’s Delhi and another for Shahjahanabad which is officially designated as a “slum” in the Master Plan of Delhi. One day before the dossiers were to be handed to UNESCO, a mysterious hand “whisked” the dossiers away.

“We do not know where the dossiers are”, Menon laments.

The great Indian intelligentsia is silent.