“We seem to have sunk to a new low in intolerance; it does seem specifically ideological but is (in reality) religion-misunderstood. Those who believe in a Hinduism that is based on love must speak up against these divisive ideas,” author Mani Rao told Bhavana Akella 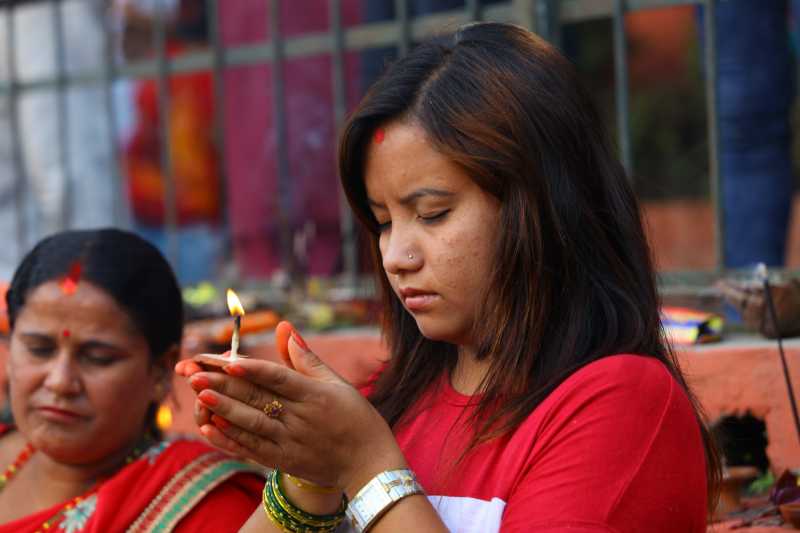 With attacks by fringe Hindu outfits on writers and intellectuals for their views and assaults and murders of those with different religious and cultural practices, author Mani Rao, who has done extensive research on Hindu holy scriptures and classical texts, says Hinduism is about “love and unity” and not “divisive ideas”.

Speaking about her recent book “Bhagavad Gita” (Fingerprint, 176 pp), a translation of the Gita in the present day context , Rao said the current day’s “intolerance” needs many more people – and not just writers – to speak up against it.

“We seem to have sunk to a new low in intolerance; it does seem specifically ideological but is (in reality) religion-misunderstood. Those who believe in a Hinduism that is based on love must speak up against these divisive ideas,” said Rao.

“‘Pundits see unity in all: a humble scholar priest, a cow, an elephant, a dog and a dog-cooking person,'” Rao repeated a line from the Gita as she spoke of the intolerance in society.

Rao should know what she is talking about because otherwise she would not have been able to tweak the Bhagavad Gita in the manner she has. The sacred scripture, as translated by a majority of authors, takes a masculine line, and some even say “women are of a lower birth”. But not so for Rao, whose translation has a ‘she’ and ‘her’ – and adds a feminist perspective to the text.

“When we read an ancient text, we must be aware of the change of context and adjust our understanding. This is why I use ‘she’ and ‘her’ in my Gita instead of ‘he’ and ‘him’ – I am Arjuna, and I am a woman. My Gita cannot ignore the fact that I live in today,” Rao told IANS.

With a scripture like the Gita, considered the holiest, many translators, she said, are wary of adding or deleting even a word. “For instance, the style is different in Kalidasa’s Meghadutam and Raghuvamsham. But most translators will translate both these works in the same style!”

Studying previous translations, she could not help but feel that “the Gita’s status as a holy book has held back the translator’s hand, making him hesitant to delete even a rhetorical space filler such as ‘indeed’,” Rao notes in her book.

Having read many classical texts, there are no “authoritative texts”, and no text has dictated what people should or should not do, Rao said, when asked about the current day debate Hindu outfits raised that “Vedas ordered killing of sinners who killed cows”.

“In fact we do not have authoritative texts that dictate what people should do, we have always been a culture of dialogue … there are many contradictions in our vedas and shastras, and hence are interpreted by the ‘Apta purushas’ or wise people,” she told IANS.

In a country with a long history, “how can one make sweeping statements about what was or was not done by all of Indian society” across thousands of years, Rao questioned.

Asked how relevant the Gita, which elaborates on Brahminical concepts like Dharma, is in today’s world, Rao said: “It is possible to pick out one shloka from one part of the text and use it in a debate against another shloka. But it must be read as a whole, and not just one part of it followed, for that will be distortion,” Rao said.

Being a poet herself, Rao has also translated some of Kalidasa’s works, apart from the Gita. But a translation can never be denuded of the interpretations that the author adds to the book, she said.

“No translation is devoid of interpretation, especially for a text that discusses so much philosophy. There were many challenges while writing – terms are not easy to translate; previous translations and commentaries contradict each other sometimes,” said Rao about the process involved.