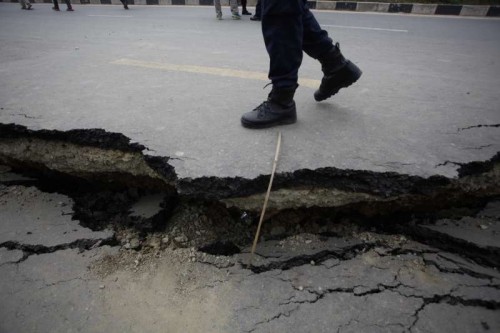 The Indian Army said  that it will continue with its major relief and rescue operation in quake-hit Nepal till the situation becomes normal.

Since an earthquake measuring 7.9 on Richter scale hit Nepal, the army has rushed medical and engineering teams along with equipment and even reached the epicenter.

“We are committed to help Nepal… We will provide assistance till the time it is required,” said Additional Director General Military Operations Major General Ranbir Singh.

Gen Singh said several Gorkha officers from affected areas had been sent to assist the relief and rescue operations.

“They have reached far-flung corners and are sending inputs. There are also many soldiers who had gone home for holiday. We are trying to contact them so they can also help,” the officer said.

He did not say how many Indian soldiers will go to Nepal, saying it was a “continuous process”.

“Some are already there, some are on way… We cannot give numbers.”

The Indian Army, which has close ties with Nepal, has repeatedly pledged to help the people of Nepal.

Army Chief General Dalbir Singh, who belongs to the Gorkha Regiment, is also the Honorary Chief of the Nepalese Army. He spoke to his Nepalese counterpart, General S.J.B. Rana, after the devastating earthquake.

The officer said army teams had reached the remotest parts of Nepal, including the epicentre of the quake.

A 45-bed hospital and three field hospitals with 18 medical teams were functional in different areas.

Twelve engineering teams with heavy equipment, including earth moving equipment, are also headed to Nepal to clear roads and tonnes of debris.