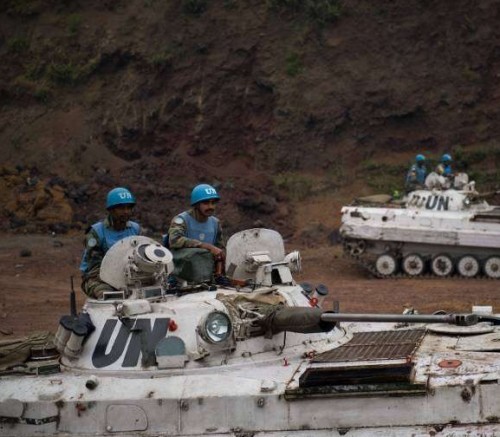 India was honoured for its significant contribution to UN Peacekeeping over the last six decades at an event to celebrate International Day of UN Peacekeepers on Capitol Hill, the seat of US Congress.

India’s Ambassador to the US, Arun K. Singh, received the award in recognition for India’s commitment to peacekeeping at the event organized by Better World Campaign, The UN Association of the USA and the US-India Business Council.

India has contributed nearly 180,000 troops, the largest number from any country, participated in more than 44 missions out of the 69 UN peacekeeping operations mandated so far and 158 Indian peacekeepers have been killed on UN missions.

In 2015 India is among the largest troop contributors with around 8000 personnel deployed with ten UN Peacekeeping Missions, including the first Female Formed Police Unit under the UN.

Speaking of the role and importance of peacekeeping, Singh said “India stands committed to assist the UN in the maintenance of international peace and security with a proud history of UN peacekeeping dating back to its inception in the 1950s.

“Indian troops and police personnel have won high regard worldwide for their high standards of performance under the challenging circumstances,” he said.

Singh said that “multi dimensional” peacekeeping is a contemporary reality and there is a need to involve troop contributing countries in all aspects of mission planning.

The Joint Statements adopted after the visit of Prime Minister Narendra Modi to the US last September and that of President Barack Obama to India in January articulated US appreciation for Indian peacekeepers’ contributions to global peace and stability.

The statements also welcomed the US partnership with India to train third country peacekeepers at India’s training centre in New Delhi.