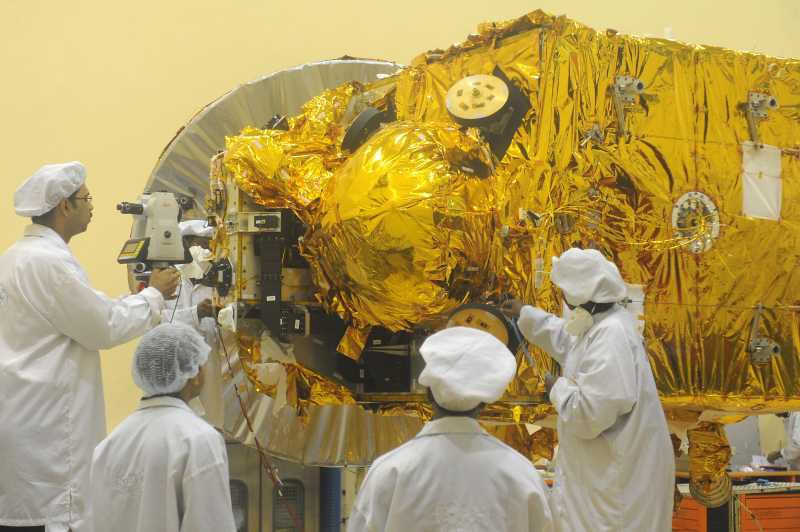 Stepping into the male-dominated domain of Indian science is not easy for a woman researcher because of the gender bias, though the situation in the country is better than in Japan or Britain, says Vandana Bhalla, the first woman scientist to be named in the Thomson Reuters Research Excellence – India Citation Awards list.

The Amritsar-based scientist, active in research and teaching for over 16 years, observes acebiodata of women should be two or three times better than the male scientista to ensure a smooth entry into research.

However, once you have proved your worth, you are good to go, she said.

“I was told that I am the first woman to be included in the list. Actually, this is a tragedy (that she is the first woman awardee, there should have been more), it is very difficult for a woman scientist. Research is very demanding and it is not a nine-to-five job,” Bhalla, assistant professor at the department of chemistry at Amritsar’s Guru Nanak Dev University, told IANS over the phone.

Although there is equality in the field, she found it “difficult” to break through.

“The reason being men are preferred to woman scientists when applying for jobs in the initial phases of their careers. I got my PhD in 1998 but got the right job only in 2006,” she said.

Bhalla, whose area of interest is supramolecular chemistry, (interactions of molecules and how they assemble) studied in Japan for three years and joined the varsity in 2006. She has had two stints in Britain as well.

“It was surprising to find there are very few women researchers in Japan because they don’t encourage women to take up research, but now they are doing so. In the UK, the number of women professors is low because of the competition. That way India is much better off,” she said.

With around 130 publications, the scientist admits it’s a “relief” to have been included in the Indian Citation Awards list since she feels it’s a testimony of her work being recognised. The award ceremony was held in New Delhi on September 18.

The list is drawn up every three years and 10 Indian researchers who have made a mark in their field are honoured. Their performance is judged on the basis of cited papers and total citations to those papers.

In fact, earlier this year, she received the bronze medal of the Chemical Research Society of India (CRSI), Bengaluru, for her contributions to the field of chemistry.

Bhalla focusses on crafting light-emitting nano-particles that can be used as sensors and also have applications in drug delivery and claims to be a pioneer in terms of using the latest technique to develop the material in India.

“I am working on preparation of fluorescent materials and using these materials as sensors. I am using them to develop nanoparticles. So there are many techniques to prepare them but the very latest technique, which was started in China in 2006, is called the aggregation-induced enhancement material.

“I am very proud to say that I am the first scientist in India to synthesise fluorescent material using this technique,” Bhalla said, adding she was always encouraged by her father to take up science and now, her husband and daughter wholeheartedly support her scientific pursuits.

Despite the challenges in conducting research in a university setting, Bhalla has set her sights on increasing the impact of her work by trying for foreign collaborations.

“Though the Indian government is supporting women scientists, there is a problem, in general, to translate research into applications. There is also lack of platforms to make research known to the public,” she quipped.